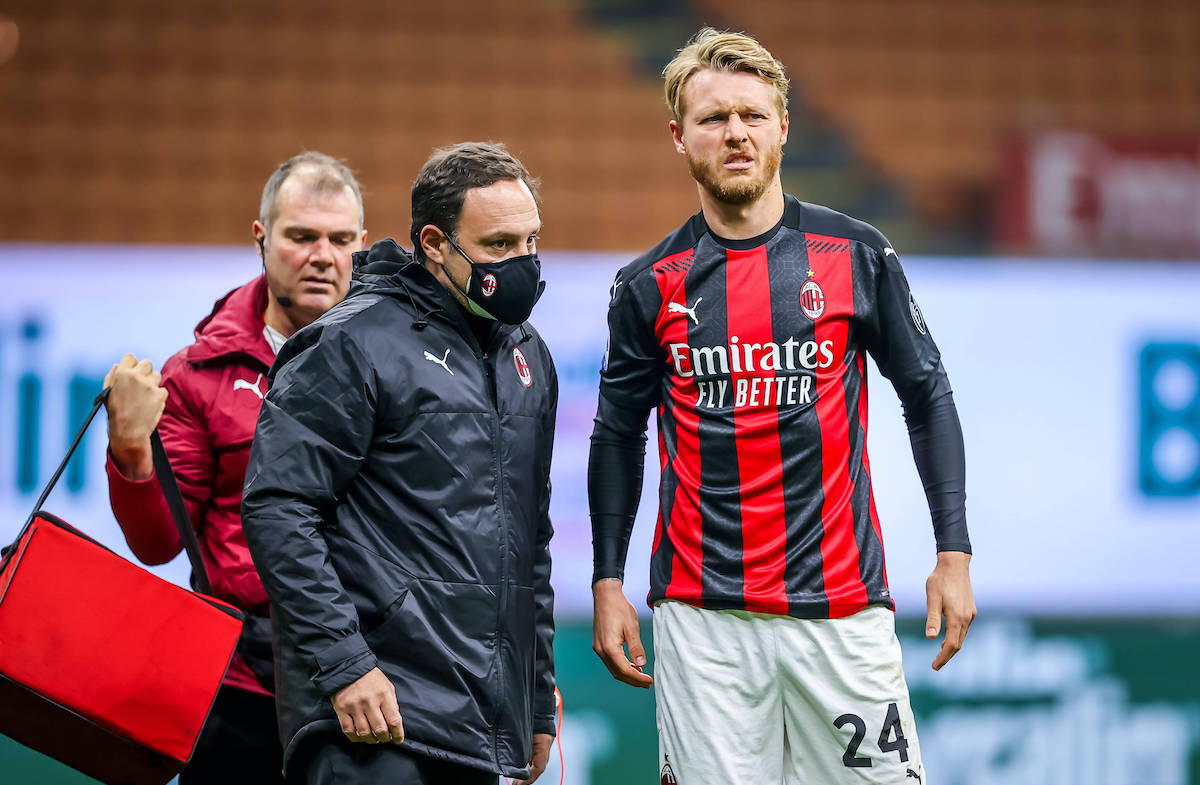 The centre-back pairing and the spine of Milan’s team for the game against Manchester United is set in stone, a journalist has claimed.

Milan head coach Stefano Pioli has only been able to name a 19-man squad for the first leg of the tie, with Theo Hernandez, Ismael Bennacer, Hakan Calhanoglu, Ante Rebic, Zlatan Ibrahimovic and Mario Mandzukic not available for the game.

Peppe Di Stefano spoke at Milanello (via MilanNews) and reported the latest news on Milan in view of tomorrow’s game against Manchester United.

He described the game against United as a ‘beautiful’ tie, before confirming that the team will leave for Malpensa Airport at 16:30 CET. When factoring in the second leg and the Napoli game in between, Milan face three ‘beautiful, hard, fascinating and complicated games’.

Tomorrow Rafael Leao will start in attack and the centre-back pairing will be Simon Kjaer and Fikayo Tomori, while Gigio Donnarumma and Franck Kessie will be the other reference points.