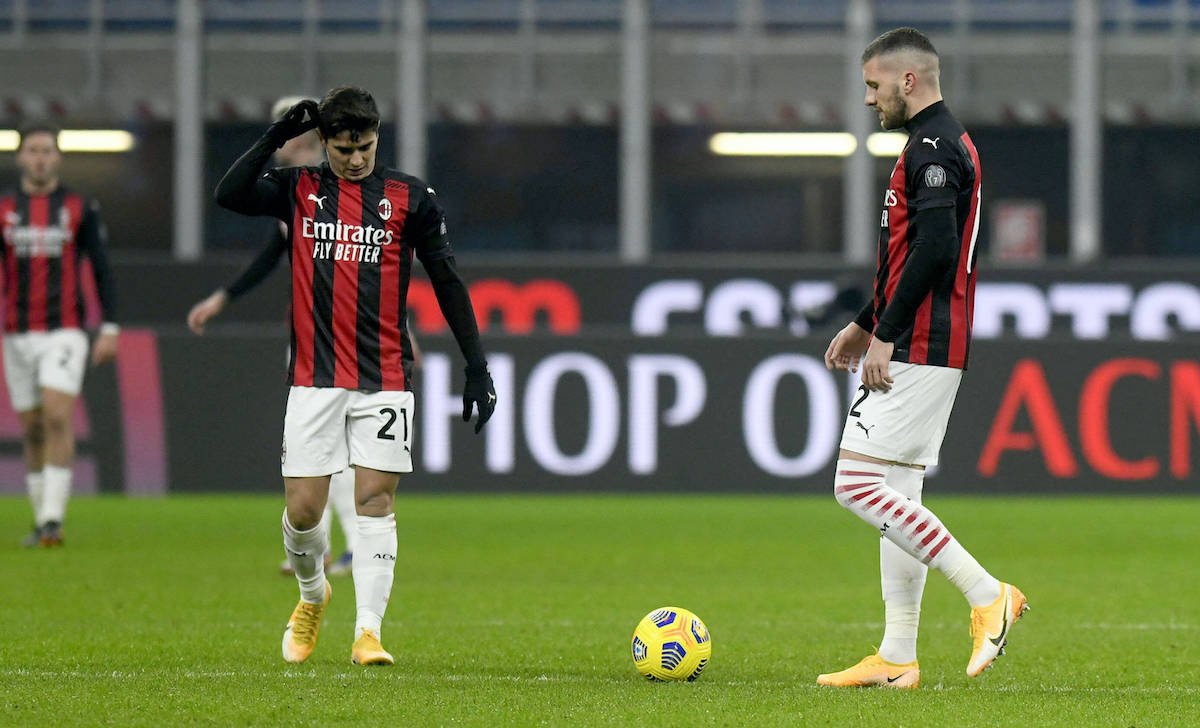 Sky: Probable Milan XI to face Lazio – no Ibra or Theo as Rebic could start up front

AC Milan boss Stefano Pioli looks like having some more selection battles to content with in Monday’s game against Lazio, a report claims.

As reported by Peppe Di Stefano for Sky (via MilanNews), Milan are moving towards a team against Lazio that almost picks itself. Davide Calabria and Diogo Dalot will be the right-back and left-back respectively, while the return of Ismael Bennacer alongside Franck Kessie should occur in midfield.

The same attacking quartet seen against Sassuolo could take the field, with Ante Rebic and Alexis Saelemaekers on the wing, plus Hakan Calhanoglu as the playmaker behind Rafael Leao. However, it seems that the presence of the Portuguese forward is far from guaranteed after another goalless outing in midweek.

That is because there are two hypotheses under consideration: the first is that Alessio Romagnoli could start in defence, and the second is that Brahim Diaz could take the place of Leao, with Rebic then the striker.