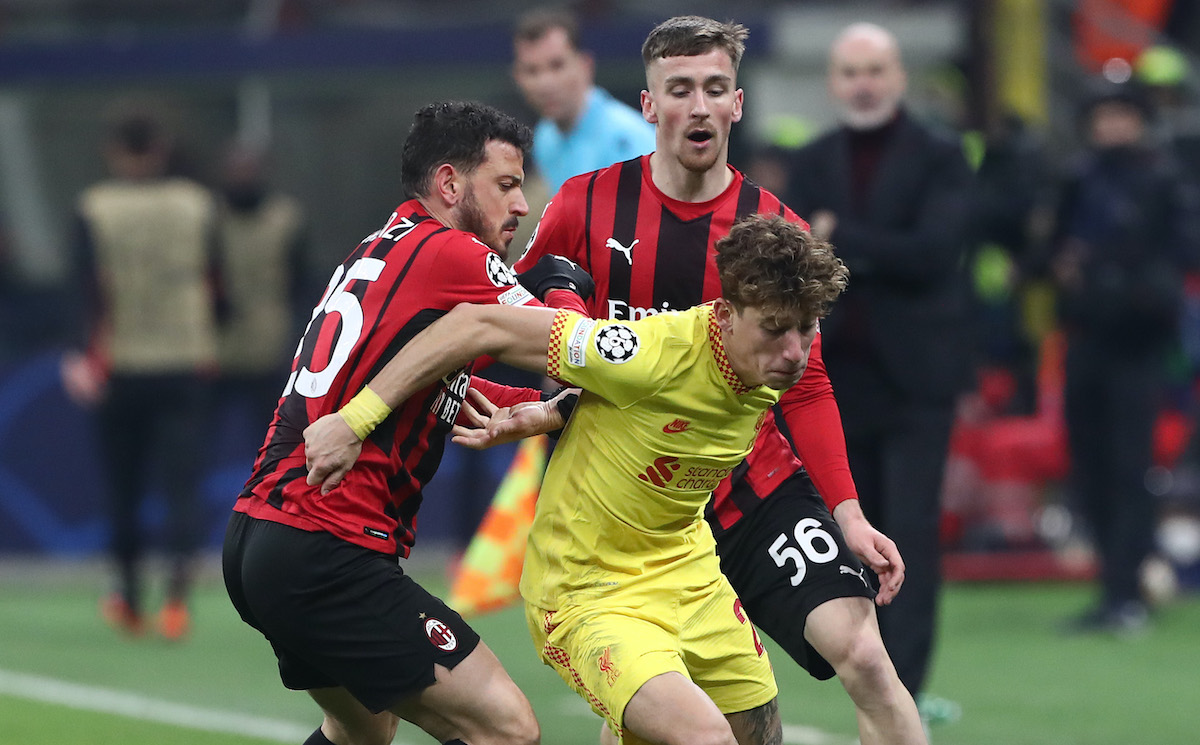 AC Milan head coach Stefano Pioli is expected to make three line-up changes for the game against Udinese compared to the team that faced Liverpool.

Sky Italia (via MilanNews) believe that Pioli could freshen things up again after the defeat on Tuesday night as Alessandro Florenzi is likely to start instead of Pierre Kalulu in the right-back position, Ismael Bennacer should return to the midfield double pivot while Alexis Saelemaekers should rejoin the attack.

Pioli will very much be forced into a number of other choices such as Mike Maignan in goal, Fikayo Tomori and Alessio Romagnoli as the centre-backs plus Theo Hernandez at left-back.

Brahim Diaz and Rade Krunic should keep their spots in the trident while the absence of other strikers means Zlatan Ibrahimovic is again in line for a start up front having played 90 minutes against Liverpool in midweek.