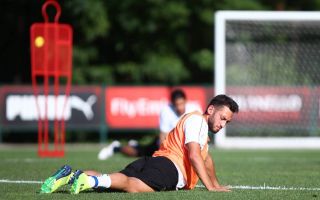 Sky: Tomori, Mandzukic and Calhanoglu among players to train at Milanello on rest day

There has been a running theme in the current Milan squad regarding players showing up to train even on rest days, and today was no exception.

Speaking live at Milanello, Peppe Di Stefano told Sky (via MilanNews) that even though there was a rest day granted for all players today, a number of players still showed up.

He named three in particular and starts with Mario Manduzkic, who wants to improve his fitness and his overall condition, so he showed up at the club’s training ground. Another new signing in Chelsea loanee Fikayo Tomori was there too, as was Hakan Calhanoglu who has just recovered from Covid.

Milan were of course originally meant to be playing on Friday night at home against Crotone, but the game has been rescheduled to Sunday afternoon. The rest of the squad can be expected to resume training tomorrow therefore in view of the weekend’s game.