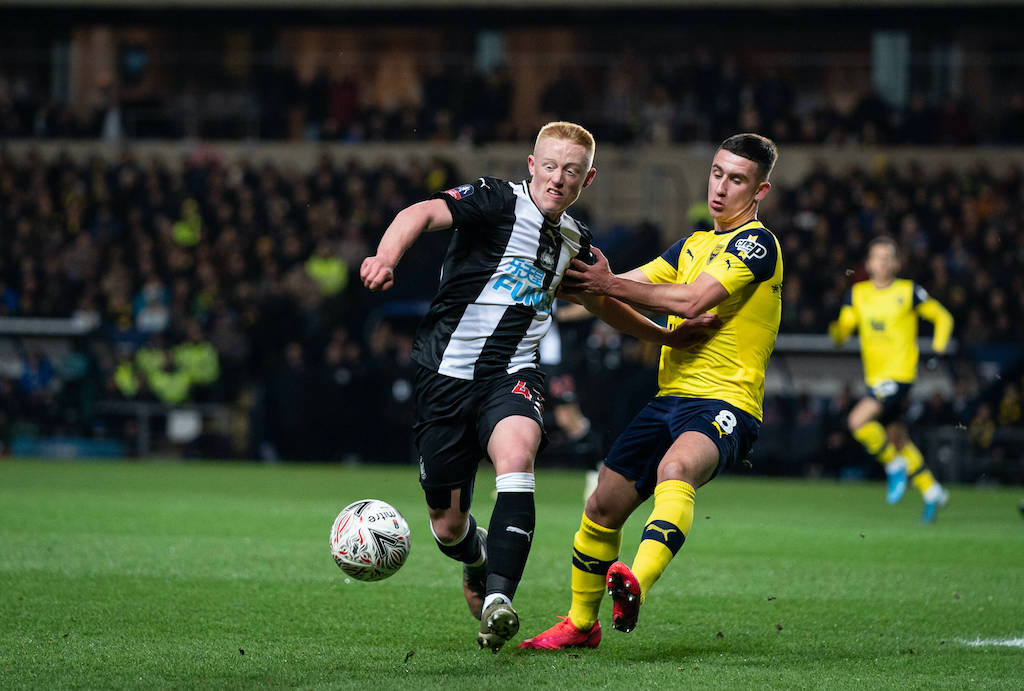 Udinese have tabled a contract offer to Newcastle United star Matty Longstaff, a report claims, amid links with both AC Milan and Inter.

In January, the BBC stated that both Milan and Inter have taken note of Matty Longstaff’s exploits and are monitoring his contract situation.

English paper The Times then reported that offers may come his way from Italy as Milan clubs are ready to table a five-year deal and what would no doubt be a huge pay rise on his current £1k-a-week wages.

The Magpies would only receive a compensation fee of around £400,000 (€475k) for the England U20 international.

According to the latest from Sky Sports though it is Udinese who have made the first lunge for the youngster, having offered a five-year deal of around £30,000 a week – double what Newcastle’s last offer was.

The homegrown talent is desperate to stay at his boyhood club Newcastle, but Udinese have also offered a bumper signing on fee, and if the Magpies’ takeover goes through the player fears he would find himself on the fringes.