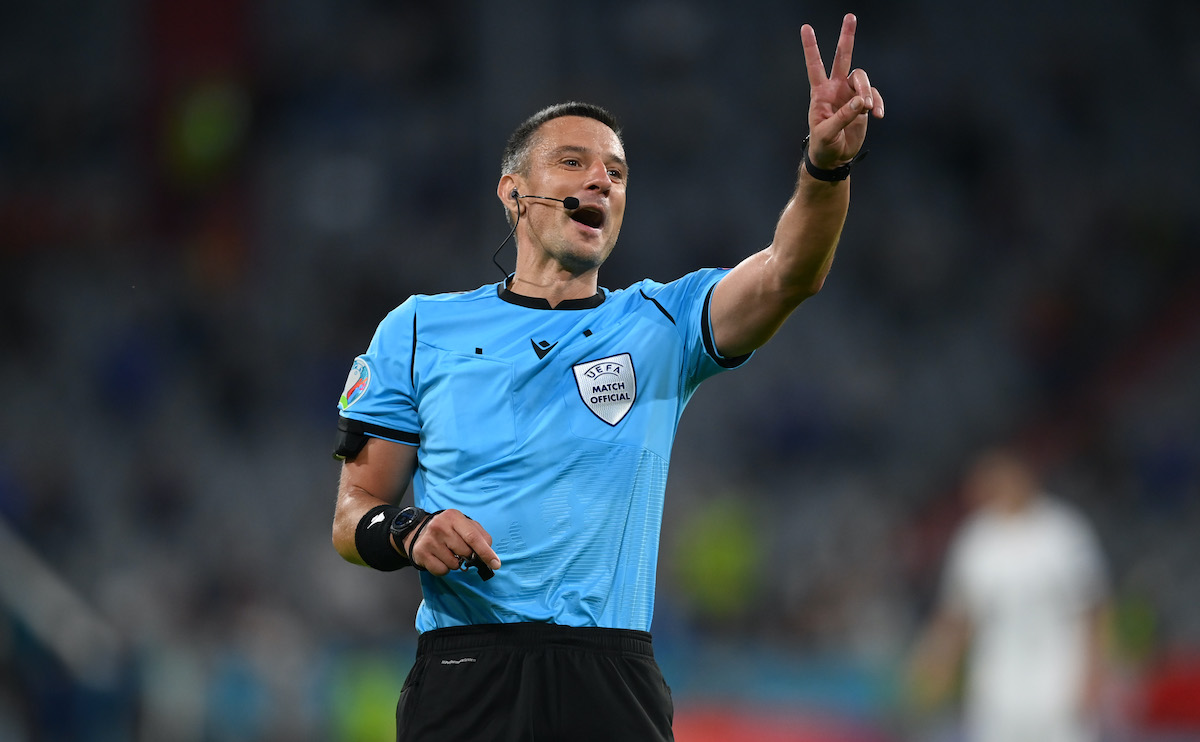 Slavko Vincic to referee Atletico Madrid vs. Milan – the precedent that worries the Rossoneri

It has been confirmed that Slavko Vincic will referee the Champions League group stage game between Atletico Madrid and Milan on Wednesday evening.

As MilanLive recalls, the 41-year-old Slovenian has already officiated three games in the 2021-22 group stages: RB Leipzig vs. Club Bruges, Besiktas vs. Sporting Lisbon and Atalanta vs. Manchester United. He will be joined by linesmen Tomaž Klančnik and Andraž Kovačič plus a Swedish VAR chief Pol van Boekel, with his compatriot Jochem Kamphuis as assistant.

The report actually mentions that the designation has angered the Milan fans a bit because the referee Vincic was involved in a very controversial game involving the Rossoneri last season. He took charge of Manchester United 1-1 Milan at Old Trafford, a game that had two debatable incidents.

In the first half he chose to call off Franck Kessie’s opening goal, though it must be said VAR made the suggestion to do so. The Slovenian referee did not give a penalty to Brahim Diaz too and did not send McTominay off for a clear foul on Rade Krunic when he was already booked.