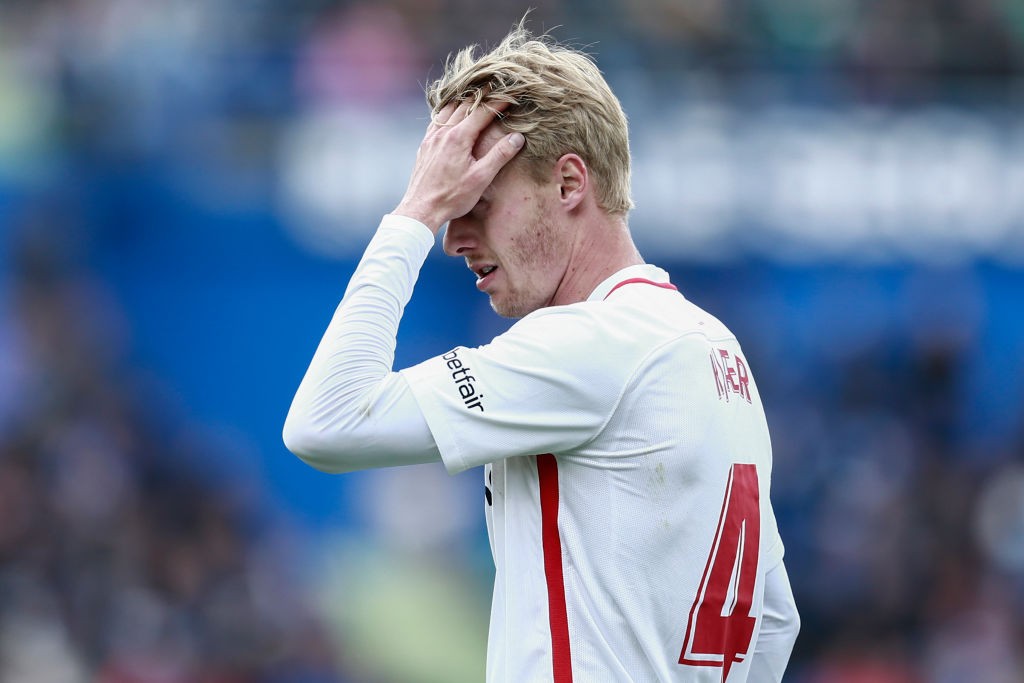 SM: AC Milan secure deal for Sevilla defender – the details of the operation

Following the departure of Mattia Caldara to Atalanta, AC Milan have reached an agreement for his replacement: Simon Kjaer. The deal was confirmed by various sources this evening, including our pundit Vito Angele.

After missing out on Barcelona’s Jean-Clair Todibo, the Rossoneri switched focus to Sevilla and Kjaer. The Danish international has spent the first part of the season on loan at Atalanta, registering just five appearances with the Bergamo side.

Therefore, the player and Atalanta were looking for a solution this month. As stated by our reporter Vito Angele, Milan have reached an agreement with Sevilla for a loan with an option to buy at the end of the season.

In other words, the centre-back’s adventure at Atalanta has been cut short to allow the move to Milan. It remains to be seen if he will be ahead of Musacchio in the pecking order, although it’s clear that reinforcement was needed.

#Milan and #Sevilla have reached an agreement for #Kjaer, who will join the Rossoneri on loan with option to buy. @SempreMilanCom #SempreMilan