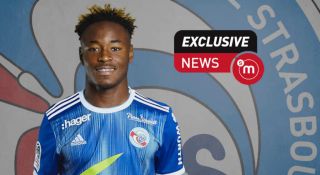 SM Exclusive: Agent of Simakan confirms client is not injured and will leave in January

AC Milan target Mohamed Simakan has not suffered an injury and instead will no longer play for the club as he looks to push through a move, we have exclusively learned.

Then, it emerged from French outlet Le10Sport (via MilanNews) that during their last game against RC Lens, Simakan suffered a knee injury that will keep him off the field for about a month. That led to speculation that the Rossoneri, in light of his stoppage, could turn to another profile.

However, we have spoken exclusively to his agent who confirmed that his client is in fact not injured but will not play again for Strasbourg, confirming that he will leave the club.