The agent of Veronica Boquete has revealed his belief that she can have a positive impact both on AC Milan and women’s football in Italy, as she has already.

Boquete has already created a big splash since arriving in Italy, and we at SempreMilan were honoured to have landed an exclusive interview with her which was published last month.

The Spaniard is a legend who has come a long way from her early days in Santiago de Compostela, where she was the only girl who dared to play football in a town where girls were banned from playing that sport. Now, she is a global star who fights for what she believes in.

We are delighted to have sourced an interview with her agent, Anton Maksimov, who shed the light on Boquete’s move to Italy, her impact on football in the country and what the future holds.

When did you first meet Verónica and how did you become her representative? And what is it about Vero that makes her such a special player?

“And I saw this player who was very interesting, very unusual in the way she moved, the way she handled the ball, and her intensity training, her drive. I was quite impressed. And then after training, when I was with my player, I asked her about who this was and she told me this was Vero Boquete.

“So we went out for dinner with her and we spoke and right out of hand, I understood that this is the person that is very similar to me in a way, in her drive and her ambition. I asked her what her goals were in football. She wanted to go to the highest level. So we decided to work together, and from then on just to try and see what happens.

“I was able to arrange for her to go to Buffalo, New York, the old Western New York Flash team, who was playing in the USL W-League that same summer, after she finished the season with Espanyol.

“She did very well there, they won the league, and Vero was named the MVP of the final tournament; Chicago from the WPS noticed her, and so before the end of the season in the US, she also had a chance to play with Chicago, and that’s when probably most of the people in America found out about her. Then she went back to Espanyol at the end of the WPS season.

“And from then on, we have always worked together with Vero. It’s been 11 years now. And, you know, she’s been around to many different countries since then. She went to Russia, to Sweden, to Germany, to France, China, with some intermittent breaks in Spain again, and then in the US, two or three times in the US because after Chicago, she also had stints in Philadelphia where she went to the Women’s Professional Soccer (WPS) final, then Portland, and then finally now with Utah, as you know.”

How do you think Vero’s signing will contribute to the growth of AC Milan?

“Well, I think in terms of what she can contribute, maybe she already answered it in your interview, but she’s obviously been to many different places. She played at the highest level in many different countries.

“So she can definitely contribute that. She can contribute her experience, her understanding of the game. I mean, number one thing is, she can contribute because she’s a high level player. A very good midfielder in her own right. Very good playmaker.

“So, of course, she can contribute as a football player, number one, and number two is her experience. And number three is her personality of being a public person, who is vouching for and an advocate of the women’s game development. She can contribute in a lot of ways to AC Milan, on and off the field, and to Italian women’s football, as well.”

Vero herself has recently stated that her contract will last until May 31st, and that she’ll stay in Milan until June of 2021.

Do you think there’s a chance that Boquete could stay beyond then? Or will she go elsewhere when her contract ends?

“Yeah, I think she also answered that question. Basically it depends on how things go with that possibility, but it depends, of course, on many, many things, that we cannot control at this point in time – obviously on AC Milan, on her, on how the season goes, on what the goals and expectations will be for next year, the kind of conditions.

“I mean, there are many things that we have to consider. But, you know, it’s always a possibility. I think at this point, anything is a possibility for next season. We haven’t planned so far ahead yet.”

The market was still open for the league so Vero didn’t have to wait till the winter to sign with a team. The contracts only last for a year too, thus making it easier for her to sign with Milan.

Did the amateur status of Serie A Femminile make it easy for Vero to sign with Milan?

“Yes, as of now they – all the players in Italy Serie A or Serie B, women, female players right now in Italy – have an amateur status. This is just from the point of view of their registration and federation and FIFA. But this is supposedly going to change within two years, I think, which will help grow the League. Because at this point, it’s hard to compete with other leagues, who are able to offer professional contracts to the players.

“In Germany, it was maybe September, some others in August, etc. So there are limitations to when you can register new players, and Italy being amateur, you can register the players all the way up to February, you understand? So that’s why it helped us in Vero’s case.

“It was an opportunity for us when she finished in November — or when was it? Late October. So we had a chance to sign with Milan, after the NWSL season for this current season in Italy. She didn’t have to wait because, for example, had she gone to France or Germany or Spain or England, she would have had to wait until the next transfer window in January to be opened, instead. And by doing what we’ve done in Italy, she’s been able to play football immediately. Had she not gone to Italy right now, as she did, then until now, she wouldn’t have been able to play.

“She would have to be waiting until the new transfer window opens. So by going to Italy also, she kind of prolonged her US season. She was active for a longer period of time, playing good competitive football. So that was great. It was a — let’s say, one of the positives, one of the considerations that we had when we were considering Milan as a possible next destination.”

Did Milan’s reputation for professionalism convince her to sign for the team?

“Yes, I mean, you can say many things about Milan, the club, the brand, the history and everything, which is, of course, very important in world’s football, but, yes, it is true that we’ve had good experience as an agency with this club. I mean, it’s not the only club we have worked with in Italy.

“We have also had good experience, with Juventus, with Inter, with some other clubs. But we have had three players at Milan already before Vero came – South African midfielder Refiloe Jane, and two Italian players – Alessia Piazza and Deborah Salvatori Rinaldi.

“This is their second year there, and all of them have been quite happy at the club. And there’s our representative in Italy, Alessandro Pennestri. He’s also had a very good professional relationship with the administration of the club, with the sporting director, the coach, all the people around the club.

“They’ve been very professional with us. And the way they’ve treated our players also has been very positive. So this was another consideration, because we knew if Vero comes here, then she will be treated well. It’s a good professional setting, a high level training environment, et cetera.

“So we’ve had, so far, only positive things to say about the organisation, that, of course, always helps in the decision making. But again, I want to reiterate that other clubs in Italy that we have dealt with have also been extremely professional and very good to deal with. I personally had a great experience with Juventus and Inter, but I’m sure there were others that Alessandro has been dealing with on a daily basis. He’s our go-to person in Italy.”

How do you think Vero can help the league grow?

“They’re playing in Italy. We have a Swedish international defender, Linda Sembrant, a former Vero’s teammate at Tyresö FF, who came from French top League after winning bronze at the last World Cup with Sweden. She’s playing for Juventus. At the same club we have Sofie Junge Pedersen, Denmark National Team player, finalist of the last Euros in the Netherlands. These are all high profile players. 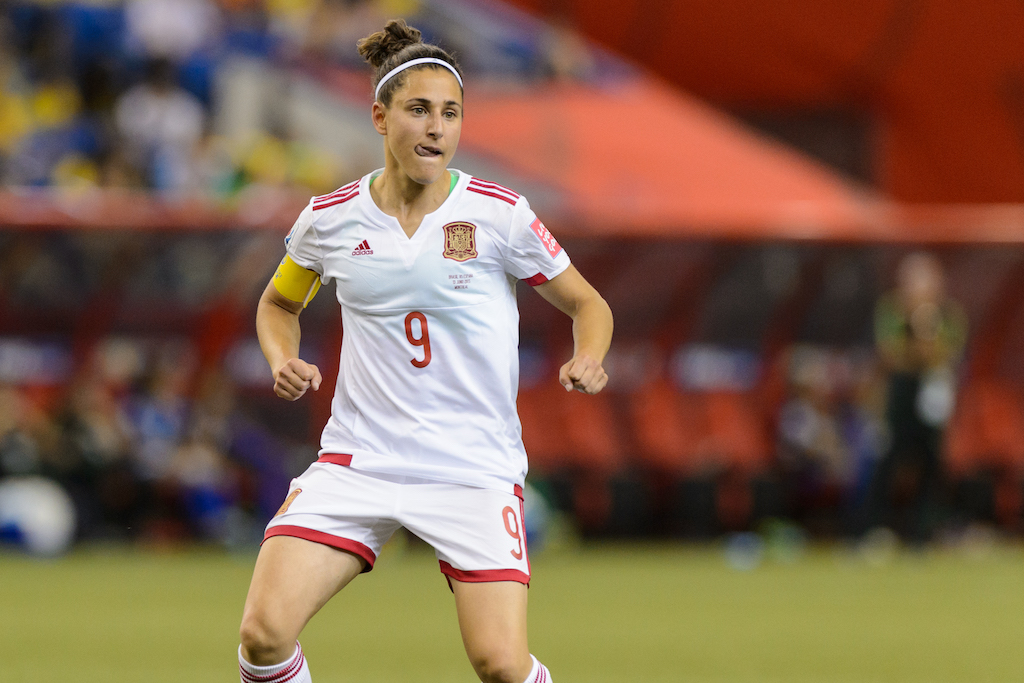 “Of course, Vero has a little bit more visibility in terms of not just her career trajectory – the clubs that she’s played for, the fact that she captained an international team in the World Cup, et cetera, but also how much she’s done off the pitch to promote women’s game.

“So I think it is just a very positive thing for Italian women’s football to have Vero there. It’s also good for Vero herself in terms of getting familiar with Italy’s football culture. It is a new big football country for her. And she’s a student of the game. So she’s learning herself, you know, and it will not be a surprise to me personally and to many other people if she becomes a coach in the future.

“She is now able to have this experience and learn, not only to give back what she has known and what she has learned, but also to learn from Italy, from the local culture, from the local football science, which will also help her because she will be able to process and apply this in her game and in her work in the future. So this is a very positive experience from all sides. I’m quite happy that we were able to make this happen, and I think it should be a success for both sides.”

Do you think there’s a chance Vero could stay with Milan after the season ends?

“Right now, I think their biggest priority is to concentrate on what she’s doing now with AC Milan, and try to do the best she can to help the team and their goals this season in Italy, and then maybe closer to the summer we will…  we will see what happens in the future.”

As a footnote, we would like to thank our writer Steph for all her excellent work on the womens’ section of the site, including match reviews, interviews and player profiles.