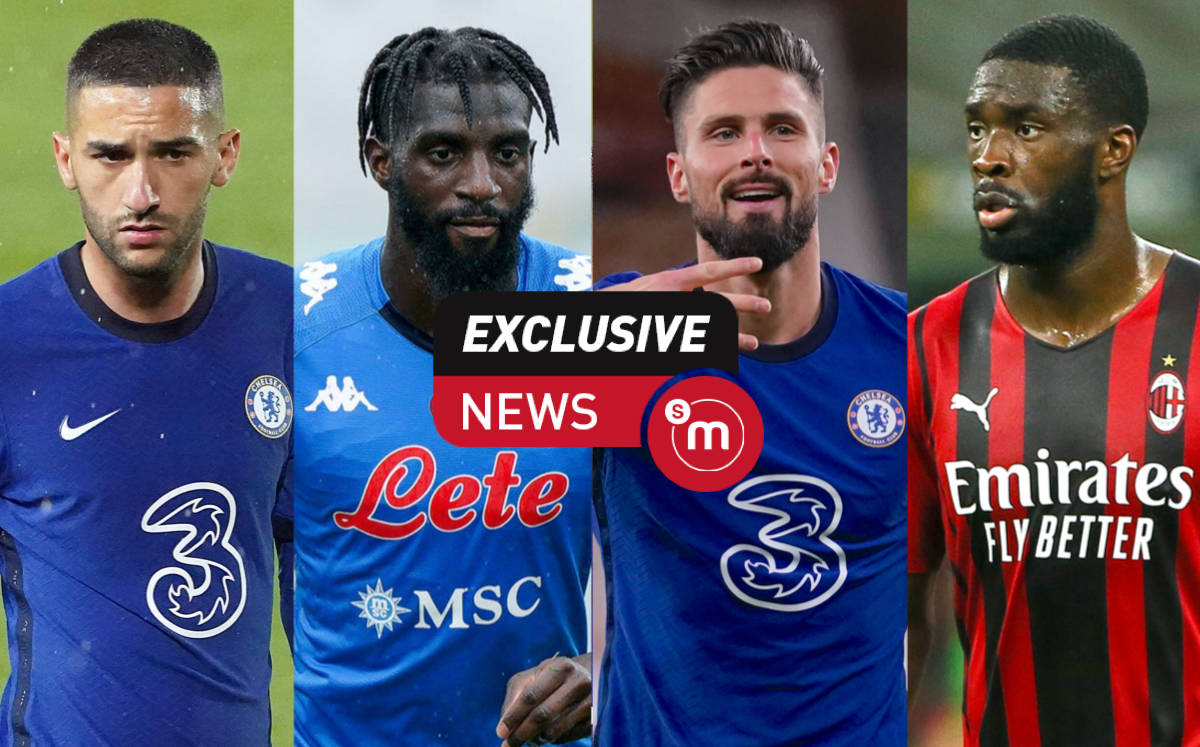 The market axis between AC Milan and Chelsea seems to be red hot at the moment, with a number of different players linked.

The media have repeatedly named Olivier Giroud as a target for the attacking department, while Hakim Ziyech is consistently touted as a potential replacement for Hakan Calhanoglu and the idea of Tiemoue Bakayoko returning has dominated the headlines too.

We spoke to a Chelsea insider Nizaar Kinsella of Goal.com to get the latest information on potential operations between London and Milan.

Could you explain the situation regarding Hakim Ziyech and Milan’s interest in the winger?

“I am not sure what’s going on from Milan’s side but I can see why they would want Ziyech. I think it is a very difficult and ambitious move to achieve with Chelsea unlikely to offload him easily despite his fringe role at the end of the season,” he said.

“As the window draws to a near and they struggle to offload either Tammy Abraham or Olivier Giroud, who they prefer to let go, then they may be more open to loaning out Ziyech but I assume they will ask for a very large loan fee.”

Regarding Olivier Giroud, are there still good chances that he ends up at Milan? Would the player be happy to join?

“It sounds like Giroud’s preferred option is to move to Milan. I imagine that he was frustrated that Chelsea activated his option as he expects to leave this summer and feels that he has given value at Stamford Bridge for his deal. I think that Chelsea partly wanted to stop him going to a rival but letting him go to Milan remains a good solution for all parties. I think talks have stalled because of the Euros and the situation will become clearer afterwards.”

Reports have suggests that Milan are keen on bringing back Tiemoue Bakayoko – do you see that as a possibility?

“Yes, Milan are interested in Bakayoko for sure and the asking price has come down since they last took him on loan. Bakayoko is in the last year of his contract and should be available for less than 20m euros. Milan seems to be his preferred destination at this stage. Nice have asked about him but he is less interested in that move.”

What is the general feeling regarding Tomori’s permanent move to Milan and do Chelsea feel any regret knowing teams may have been willing to pay more?

“Brighton are about to get £50m for Ben White when he moves to Arsenal which shows Chelsea could clearly make more money selling to a Premier League side. However, they would have had to sell to a rival to maximise their cashflow and it could have led to further embarrassment down the line. I think Chelsea discarded Tomori too quickly and may end up regretting it. They didn’t treat him in the best way in the last six months before he left and he was right to want to move to the San Siro.”

Are the relations between Milan and Chelsea as good as the media make out? And are there any other operations this could favour?

“It is clear that the relationship is good with constant dialogue between the two clubs in recent months. It’s not a given that all big clubs have good relationships as Chelsea have had some problems with Bayern Munich in recent times and have a mixed history with Borussia Dortmund.”

READ MORE: Berardi likely to move on from Sassuolo this summer – ‘watch out’ for Milan and Lazio