Since Elliott Management took control of AC Milan in 2018, there has been an increasing level of attention paid to the club’s finances.

The American fund have shown their determination to bring the Rossoneri into a different era by investing heavily in young players and spearheading a new stadium project along with city rivals Inter, a vision that was recently reiterated by club president Paolo Scaroni.

We spoke to lawyer and football finance expert Felice Raimondo about all things to do with the Rossoneri’s ownership and economic situation. He is the author of books including “The Devil is in the Details” & “Financial Fair Play”, and runs a blog about Milan’s finances.

What are your thoughts on the way that Elliott are running the club and what are some of the key principles that they are sticking to?

“It is undoubtedly a medium to long term vision. The American fund are in no hurry to get a return from its investment and will do so only when the reconstruction of Milan as a club and as a team is well underway,” Raimondo exclusively told us.

“Moreover, it is not certain that it will completely exit the shareholder base, on the contrary, in several of its investments it has remained with a controlling interest, however, favouring the entry of minority shareholders.

“For Elliott, the sustainability of the project in the long term is crucial and from what we see they want to combine this with a young and talented squad that lasts over time. If, on the other hand, they wanted to get back the money spent quickly, he would have adopted a different transfer policy, with many free transfers of players at the end of their career. Instead, apart from Ibra who is the exception, we have the youngest squad in Europe.”

Milan’s losses were a record €195m this season, but our net debt was zero. What is the importance of having no debts?

“It is fundamental because it represents one of the key indicators of the FFP and, moreover, it makes us even more attractive on the market because a club without large financial debt represents a less risky investment than others.”

How do you judge the commercial activities that the club has carried out so far under CEO Ivan Gazidis, as there seems to be more partnerships than sponsorships?

“We can do better, Milan must absolutely increase their revenues. And the commercial sector is crucial in this regard, because it allows clubs to increase their earnings with stable contracts that last over time.

“The Rossoneri club has yet to fill in some boxes such as the training sponsor, sleeve sponsor, Milanello naming rights, coach sponsor. So there is room for doing better. Logically, sports results would help more, but we must try to increase revenues regardless of sports results.”

How strict do you feel Gazidis’ policy of cutting salaries is and does it give the management a problem when it comes to top players who feel they should be paid as such?

“I don’t think Gazidis’ policy of cutting down the wage bill conflicts with the principle of keeping the best players in the squad. As I have already said in the analysis on the last budget, in fact, any increase in salaries related to extensions will be mitigated by two factors.

“The first is the margin obtained from the decrease in salaries from 2019-20 due to the summer 2020 market and the second is the start of new contracts being late: we are already at the end of October, therefore 4 months less than the full year.”

Can you shed any light on what you believe the Rai programme would have/will uncover? Is it a misunderstanding of the share ownership?

“In fact I can tell you what I discovered thanks to documents found personally: Blue Skye is not an equal shareholder of Elliott, but is simply a partner with a minority stake in the Luxembourg vehicles that, in turn, control Milan.

‘A misunderstanding has arisen about the total number of shares held by Elliott in the companies in Luxembourg, equal to 49.99%, but thanks to the documents I have published it can be seen that that stake is related to the ownership and full control of the company vehicles.

“This is thanks to the majority in the boards with 2 class A directors that allow Elliott to have full control of assembly and also economic rights. In fact, even if Elliott formally owns 49.99% of the shares of these Luxembourg vehicles, in reality it totally controls the shareholders’ and economic rights for a total of 95.73%, i.e. all the class A shares + the shares of class C, formally still of Blue Skye, but on which there is already a pledge in favour of Elliott which can become the owner at any time thanks to the “transfer of class C shares” already regulated and approved within the Project RedBlack bylaws.” 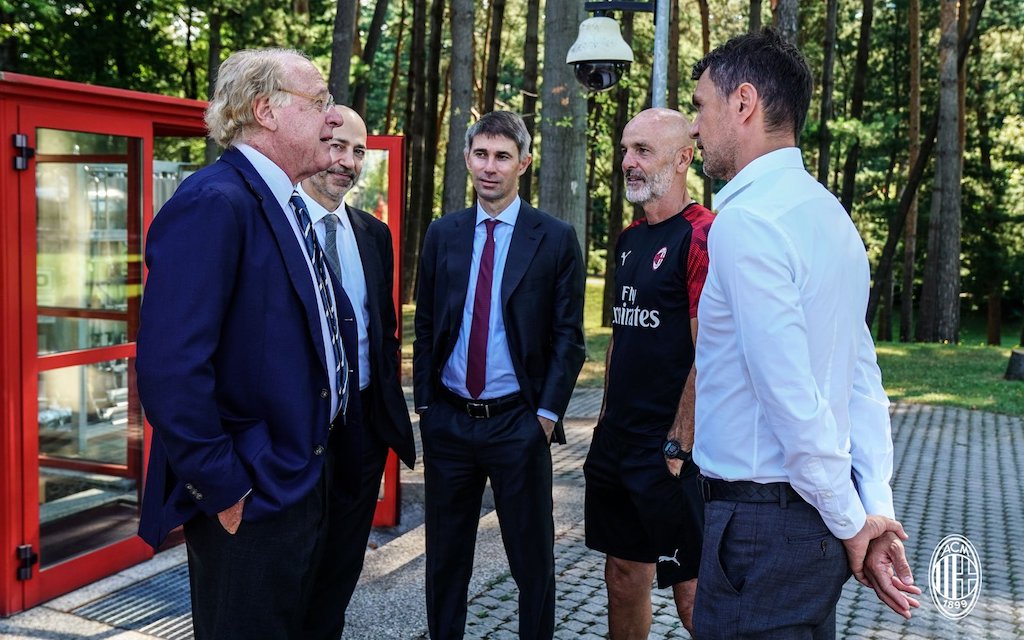 How important is the stadium project to Milan and Inter moving forward, and is the €1.2bn project a sign that Elliott are here for the long term?

“It is fundamental and coincides with the long-term vision of the American fund. A proprietary facility will allow Milan to progressively increase match-day revenues over time (the effects are not immediate) and the commercial sector will also benefit.

“Furthermore, a club with its own stadium is much more sustainable and therefore attractive on the market. This will speed up the entry of new members.”

In another interview you mentioned the possibility of Milan being listed on the stock exchange, how realistic is this possibility?

“For me, listing on the NYSE is a very plausible eventuality and would coincide with Elliott’s vision to run the club for a medium to long term, as it would allow Singer to get rid of a portion of the dues, monetising the investment made so far.

“Furthermore, with listing on the stock exchange it would be the market itself that would set the price of the club, and this would facilitate negotiations with potential buyers. Then the qualitative advantage, that is the prestige of being listed on a NYSE listing could attract new sponsors thanks to greater global visibility.

“Finally, listing on the NYSE for analysts is a sign of solidity, so if we wanted to increase the financial debt to find other resources, we would have access to financing at very low rates.”

With the pandemic, what changes do you see happening to Financial Fair Play?

“FFP has already been modified due to the global COVID-19 pandemic. As I have detailed on my blog, UEFA has amended the regulation in several places.

“In addition, the fiscal years that will be observed by UEFA will be the following…

“UEFA, therefore, for the monitoring of 2020-21 (the current financial year) looks completely at the past (2017-18 and 2018-19), while for the monitoring of 2021-22 (the next one) provides a series of aids: it re-elaborates the period T by combining two financial statements (2019-20 and 2020-21), it halves any aggregate deficit resulting from the union of the two aforementioned financial years, and allows to further reduce the aggregate result if in those two financial statements there are any declines in characteristic revenues (matchday, commercial, TV rights).

“Warning: UEFA clearly specifies that the only items of earnings that can be subject to downward adjustments are those that lead to the formation of the so-called net turnover. This means that the downturns inherent in Player Trading will not be able to contribute to adjusting the 2019-20 and 2020-21 budgets.

“Therefore, those who will suffer a sharp decline in that revenue item will not be able to justify it by putting the COVID-19 label.
As for AC Milan, the financial situation of the club is such that it does not allow it to benefit from these transitional changes as the club has too high deficits in recent budgets, such as not to fall within UEFA parameters even halving the hybrid period T) and adjusting the other items downwards.

“Therefore the future of Milan will remain linked to the agreement signed with UEFA before the CAS (Court of Arbitration for Sport). In any case, according to the latest statements by the management, we will only talk to UEFA again in October 2021, so if we qualify for next season’s European competitions.

“A non-secondary advantage, given that the clubs are usually monitored and sanctioned when they set foot in Europe (and Milan has already done so this season).”