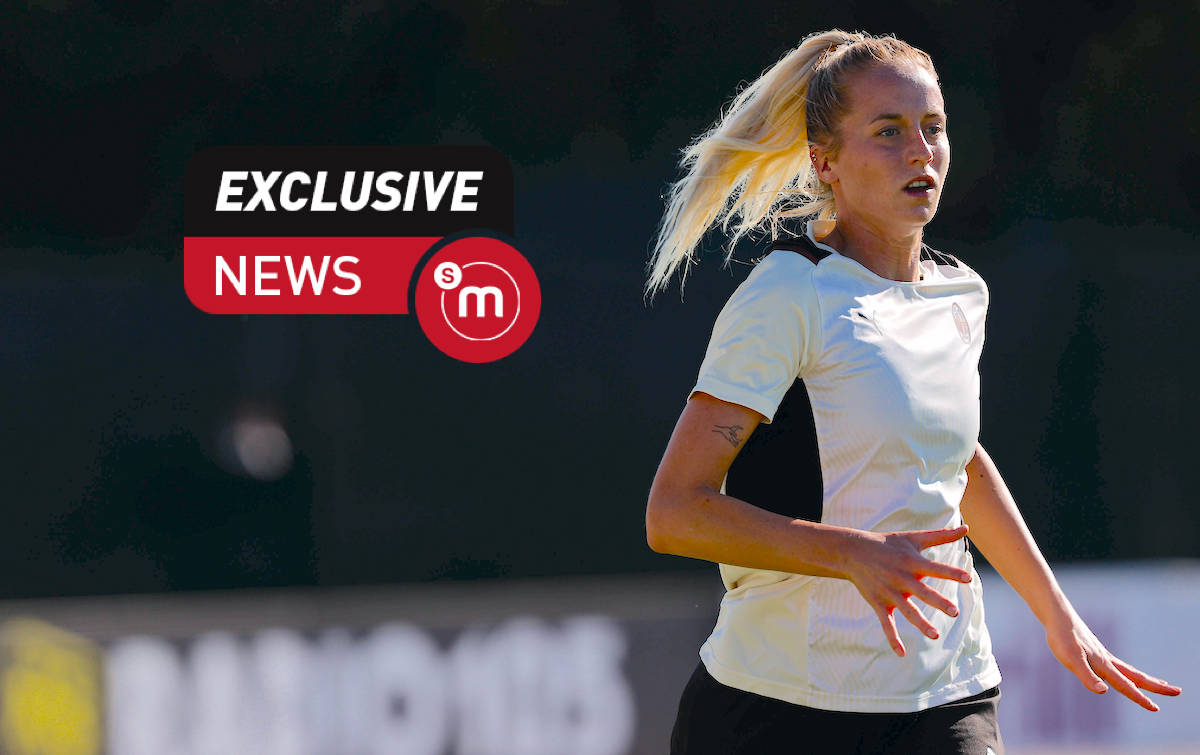 Nina Stapelfeldt was unveiled as Milan’s latest signing on July 13th. Since then, she has featured for Milan in a friendly against Atlético Madrid, and in the Champions League against both FC Zürich and Hoffenheim.

A statement on the club’s official website in July confirmed the arrival of Stapelfeldt, who joined from ASJ Soyaux. The Swiss-born forward has signed a contract with the Rossonere until June 2023, and will take the No.10 shirt.

The attacker has yet to feature in the league but will most likely make her debut soon. SempreMilan’s Steph recently spoke to Nina in an exclusive interview…

What made you decide to play for Milan?

“AC Milan are a big international club, with a great heritage and today they still represent power, passion, and beautiful football.

“After the meeting with the club, I realised what a great opportunity it is to play here and to improve my game, and play alongside experienced and talented players.”

What do you think you can contribute to Italian football, and did you grow up watching it?

“I tried many different sports before taking up football. I didn’t watch too much football on TV. I preferred spending time outside and just having fun. But I got hooked by playing and my love for the sport grew quickly. I started watching it as well as I understood the benefit of watching others play.

“I think that with my hard work, and my fighting spirit, that I can give a lot to Italian football. I hope to score some nice goals too.”

How would you describe your playing style and are there any players you idolised growing up or would compare yourself to?

“I think in general every player has their unique style. At this level, it’s also very important to connect with your teammates on the field. I see myself as someone who likes to combine fast passing and using the spaces well between the lines.

“I loved to watch the skills of CR7. I always watched his tricks on YouTube and practiced them in my parents’ garden. Sometimes I did so for so long that I would ruin the grass. But my parents were not too mad about it.”

What were the differences between playing in the first two leagues and what do you think will be the most challenging, and rewarding aspect of playing in Serie A Femminile?

“First and foremost, the difficulty is always the language barrier. We don’t have translators at training. So I learned Dutch and French rather quickly to understand my coaches and teammates. Also, I like to communicate a lot in the field, but for that, you need to speak the language.

“The Dutch league has many young talents and it’s very focused on technique and tactics.

“The French league was played at a much higher level with more speed in the game and with more skilled players. I’m very excited to play in Italy and for the new challenges. Also, I’m currently learning Italian, obviously.”

Women’s football seems to be on the rise in Switzerland. The country has produced a lot of talented players as of late, including Lia Wälti, Ramona Bachmann, and yourself. What do you think is behind this?

“I think the youth program is really great in Switzerland. There’s a focus on all of the aspects you need to grow as a young soccer player. So more players can improve their individual talents.

“The big issue is that the Swiss league (Nationalliga A) is that it is far from being professional. So the best talents start to see more and more opportunities abroad for having the right infrastructures and the chance to focus only on football.

“This then is a negative circle for the Swiss league since they lose many talents to other leagues and the level won’t grow that much on their own [without these talents].”

Italy will take on Switzerland during the Women’s World Cup qualifiers. The Azzurre are also the favorites for their group (Group G). Do you think Switzerland can put up a good fight against Italy and maybe even upset them?

“Of course. Switzerland is always up for a good fight. I’m very sure it will be a very interesting game with lots of tempo and power.”

What are your ambitions from a national team point of view?

“My goal is to be with the national team at the Women’s Euros in England in 2022.”

“I love Russ, Rihanna, and H.E.R. On Netflix, I like to watch Modern Family or Gossip Girl.”

What would you have been in terms of career choice if you hadn’t gone down the path of football?

“I would either race down a hill on skis or have my own vegan restaurant.”