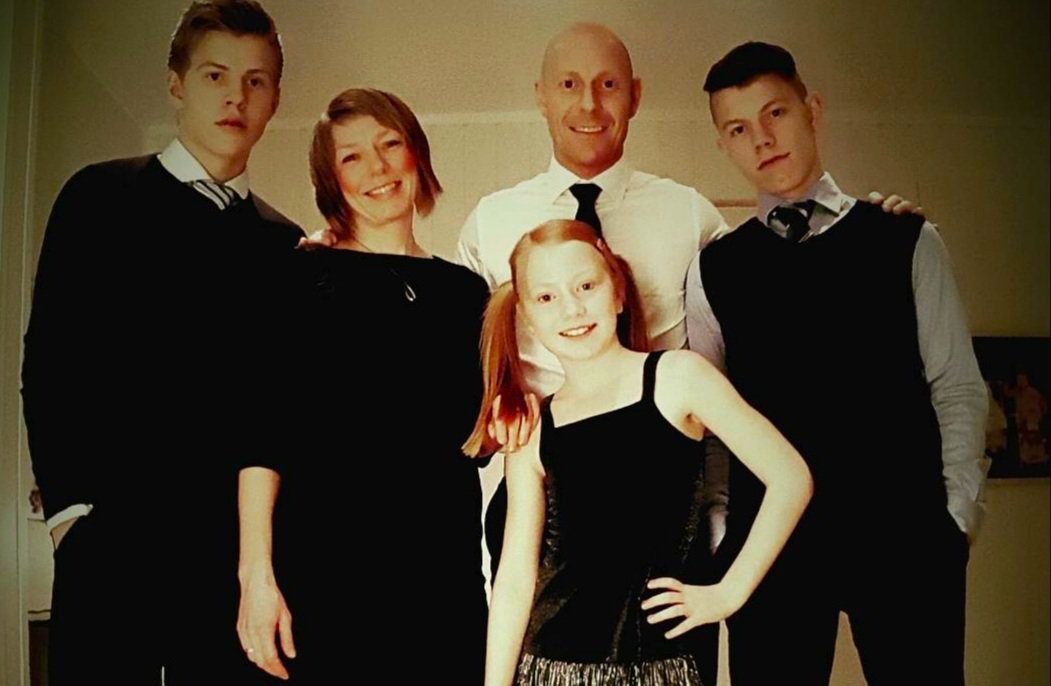 We revealed back on Friday morning that Milan have been serious in their pursuit of the winger since the 3-2 win over Bodo/Glimt at San Siro in the Europa League, a game in which he scored and notched an assist, and the operation moved quickly.

Milan confirmed the arrival of Hauge on a contract until 2025, while the fee is widely reported to be around the €4m mark and supporters are excited to see what he can do given he arrives with seemingly the blessing of an entire country.

We spoke to Jens Petter’s father Jan Ingvald Hauge to find out all about the 20-year-old who is moving from a town of 50,000 people to the bright lights of Italy’s most international city.

What was Jens like growing up? Was he always passionate about football?

“Jens Petter has always been passionate about football. In Norway, there is a lot of unorganised play in the form of football. The children play in gardens and on playgrounds around the residential areas,” he exclusively told us.

“He was lucky to be with some older boys in the street when he was still very young. That way he got a lot of ball contact at a young age.

“He played organised football from the age of 5, but there were only parents in the coaching staff and not professional coaches. I myself was one of the coaches. Maybe that’s why he’s developed his own understanding of football, since he did not get strict guidelines on how it should be?

“At 12 years old, Jens Petter started at the football academy of FK Bodø/Glimt. After that he got a professional coaching team, with daily training. He learned football, but was allowed to be creative. He is quite stubborn, and it was therefore not always easy to avoid that he had his own view of what was best to do on the field.

“He has also always enjoyed watching football. Jens Petter’s mother, said that at the age of 4 he watched the entire international match for the Ivory Coast and could tell both the result and who had scored. So we must be able to say he saw the magic in this fantastic game early on.”

Which team did he support growing up? Did he ever reveal an admiration for Milan?

“In Norway, we are very interested in English football. The children are therefore often introduced to British teams early on and it is British football that is most often talked about in the media and on television.

“Jens Petter was therefore also influenced that. His great role model played as mentioned on the Ivory Coast and was Didier Drogba. It had to be Chelsea and he talked warmly about them for many years. At the age of 15, he visited Stamford Bridge and watched his first Premier League match live.

“But Jens Petter has always been a boy who has been inspired. His uncle gave him the autobiography of Zlatan Ibrahimovic as a Christmas present. He did not say it directly, but this book has probably made an impression. At least there was no doubt that he wanted to sign for AC Milan. I noticed it on him the last night before he went to Milan.”

At what point did you know that your son had the potential to become a very good player?

“As Jens Petter’s coach at a young age, I saw early on that he had talent and ball skills. There were many good boys who played in Bodø, but I thought at a time when Jens Petter was 11 years old, that no one was significantly better than him in Bodø at least. But as you know, the development of young boys is very difficult.

“It has therefore been many times in the next few years that I thought he might not have what it took to reach the top level in Norway. Remember that no later than 2018 he was loaned to a Norwegian series b-club without getting playing time there either.

“But the most important thing was that Jens Petter did not lose faith himself. In the last 18 months, he has had a fantastic development that peaked in his performance against AC Milan a week ago.

“Jens Petter has always been good by Norwegian standards, but has experienced adversity on the field as well.”

Do you think he will find the move to Italy easy?

“I do not think it will necessarily be easy for Jens Petter to move to Milan, but I am confident that he has what it takes to handle it.

“Jens Petter enjoys the interest around himself and his team. He also tends to rise to the challenges and I’m sure he will eventually find the security he needs to become the creative player AC Milan wants. He is also willing to learn Italian, which he sees as important.”

Did you encourage him to join Milan? Did he ask for your advice?

“No, Jens Petter did not ask for advice in his decision. He has very skilled advisers with whom he consults should the need arise. I think Jens Petter felt AC Milan was perfect and that this was a challenge he wanted.

“And although it was not necessary, his mother and I supported him 100% in this decision.”

What are Jens’ best qualities, both as a player and as a person?

“Jens Petter is a dribbler, who likes to have the ball during a match. He is fast and likes to transport the ball up to the opponent’s goal area. He is good at creating space and is good at finding team-mates with his passes.

“Now he will play at a higher level than before, but at the same time I believe that Milan’s talented players can help Jens Petter to raise his game further.

“As a person, he is calm and serious, but dissolves with friends and teammates. I think he’ll find himself in the locker room and at Casa Milan. Those who know Jens Petter greatly appreciate him.

“I think Jens Petter and the passionate supporters of the club will be a wonderful combination.”

Since his debut in the Norwegian Eliteserien (2016), Jens Petter Hauge is the only player born after 1996 to have already scored 20 goals (he has 22).

How far do you think your son can go?

“I actually do not know. But I am sure that Jens Petter has come here to develop further and to win trophies with his teammates and fans.”

The family link at Bodo/Glimt continues as Runar is also at the club, could he replace Jens?

“That’s an exciting question. Runar has strong skills and with playing time he can quickly find the calm on the field that is necessary to develop further.

“Runar is more direct in style and has good physical capacity. We are very proud and look forward to following his development.”

Finally, a message for the Milan fans?

“Yes, I have already tweeted that you must take good care of Jens Petter, so I do not need to repeat that. I have really received a positive response there, so thank you very much.

“I just want to wish you all good luck with the season. I’m really looking forward to getting to know you and the club better and look forward to visiting you at the San Siro at the earliest opportunity.