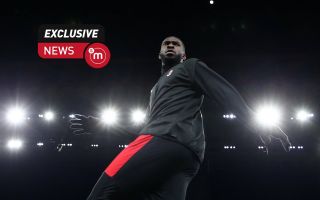 SM: Fabrizio Romano on Milan signing Chelsea loanee permanently – “€30m is too much”

Last week, Fikayo Tomori joined Milan on an initial loan deal from Chelsea for the remainder of the season. And yesterday, the centre-back made his full debut and played well alongside Alessio Romagnoli at the back.

There is a €30m buy-out clause included in the loan deal and the Rossoneri need to decide at the end of the season whether to sign him or not. On our podcast, we spoke to Fabrizio Romano about the situation and the chances of Tomori staying.

“Milan will take a decision at the end of the season, Ricky Massara is in love with the player. For sure they will go for him if he will show his skills.”