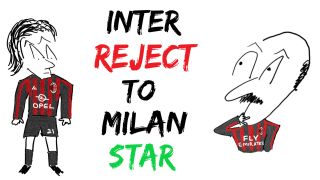 SMTV: How Andrea Pirlo went from Inter cast-off to a star at AC Milan

Andrea Pirlo was an anchor for Milan’s midfielder during the 2000s, but not many know the story of how he ended up joining the Rossoneri from rivals Inter.

In total with Milan, Pirlo made 401 appearances, scoring 41 goals and winning a number of major honours including Serie A and the Champions League twice. Not bad for a kid with long hair from Brescia, but of course he is now best known for his controversial exit to Juventus.

In our latest for SempreMilanTV, Mouwen takes an in-depth look at the rise of Pirlo. Enjoy the video, and as always tell us your thoughts in the comment section below 👇