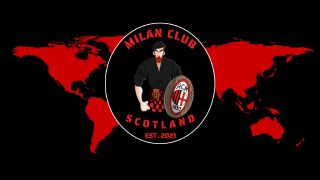 We bring you the ninth episode of a new series as SempreMilan get to know some of the people behind the Milan fan clubs around the world. This time, we’re in Scotland.

As one of the biggest and best known clubs on the planet, it seems like every Milanista has their own story about how they came to support such a glorious and storied team. That is why we want to hear from you.

Want your club to be featured? Email info@sempremilan.com or drop us a direct message over at SempreMilanTV!