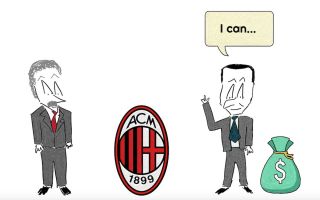 SMTV: The chaotic history of AC Milan before Berlusconi rescued the club

AC Milan became a footballing powerhouse in the late 1980s, but not many know much about the turbulent period of the decade prior to Silvio Berlusconi’s arrival.

If you asked most football fans today, they probably would be shocked to learn the Milan twice played in Serie B having been relegated on two occasions in the 1980s. Betting scandals and failure to pay players paved the way for media tycoon Berlusconi to swoop and save his boyhood team.

In our latest for SempreMilanTV, Mouwen takes an in-depth look at the Donnarumma saga. Enjoy the video, and as always tell us your thoughts in the comments below 👇