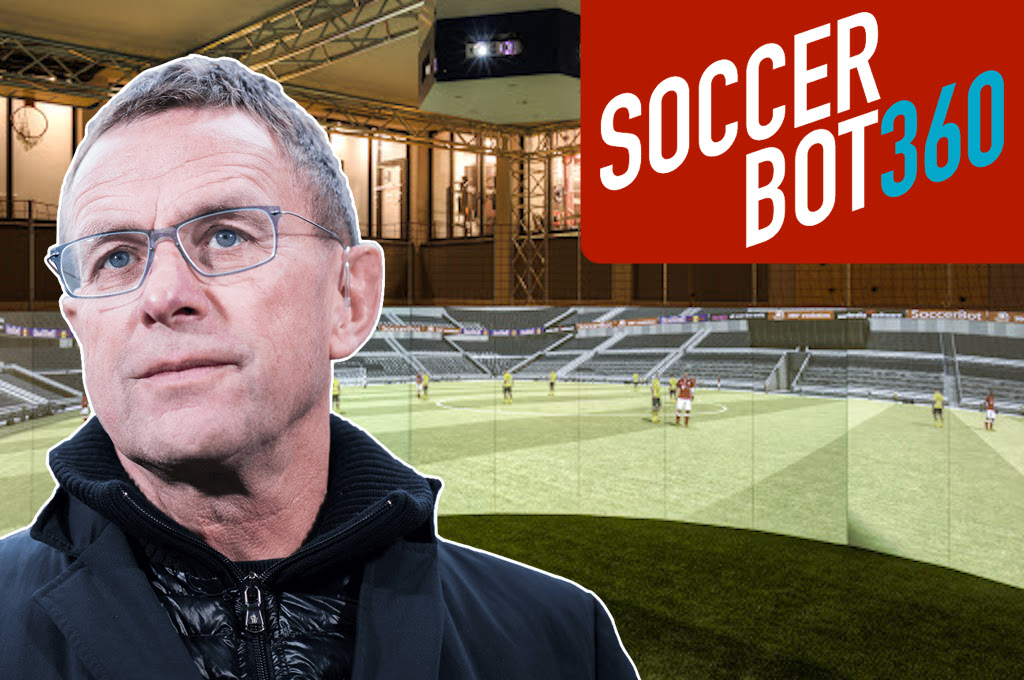 Technology has been a constant part of our evolution. From the invention of the cartwheel to missions manned by men to the moon, it has advanced us forward in a better understanding of the universe.

In football technology has been introduced into almost every facet of the game. We have Video Assistant Referees to review key decisions, goal line technology to understand whether the ball crossed the line, video analysis used for scouting, data sciences to objectively measure performances of players and medical advancements to treat injuries and prevent them.

In these fast moving times, coaches are hired and fired on his ability to bring the best out of players and players would be sold or moved on to other clubs if they do not reach the levels expected. The answer to this problem was answered with technology at its epicentre. Enter SoccerBot360.

When quizzed about SoccerBot360, Ralf Rangnick said it is “a machine that simulates previous games and allows players to relive key moments of matches. It’s PlayStation football, but with your feet. The players enjoy it so much we have a hard time getting some of them to stop.”

With this article from Rohit Rajeev we dive in-depth into SoccerBot360 and how it has helped RB Leipzig develop better technique and cognitive abilities. We have also provided you a YouTube link at the end of the video that shows how the programme works which helps in giving a 360° analysis on this technology.

SoccerBot360 is a simulation device that helps coaches and training staff to design football training techniques. It is a highly innovative and flexible tool to unlock potential trapped inside players. From a coaching perspective, the three-dimensional nature and various tools help coaches to have a tactical analysis of the player.

SoccerBot is a circular structure which has a diameter of 10 metres. The circle is made up of segments where video projections are made.

Due to its circular nature the football would bounce back from the panel to the player waiting in the centre.  The structure is equipped with motion sensors and high speed cameras. This helps the coach and his training staff to collect data regarding the player.

It allows them to understand which foot the player used to complete the training assignment. The inbuilt system analyses the processing time the and ball controlling foot. Some of the drills inside the SoccerBot include “Find and hit the shown target” or “Hit a flashing square as fast as possible”.

I am sure by now we have understood a fair deal of how Soccerbot helps coaches to analyse a player. But with recent advancement and tweaks the machine has increased in utility

Cognitive skills (the mental aspect of processing and acquiring knowledge) is the core aspect of a player’s development. The SoccerBot with its various training drills helps develop the mental abilities of players in a simulated environment that is similar to real life situations.

With the settings in SoccerBot the results produced by the players are objectively measured by the coaches and training staff and gives them an idea on how to improve. The SoccerBot helps to re-live games played by Leipzig in the Bundesliga. This is then  used by the coach to recreate sequences from the game to help players to make better decisions.

Another aspect of the device is that it helps to regulate stress levels (hard, extra hard etc.) between different difficulty levels which once again improves decision making when players are under pressure.

The SoccerBot360 has lab-like standardised conditions to make tests and collect data. It helps in understanding the strength and weakness of players.

The programme also helps to collect stats and movement profile like heat maps. This also gives coaches of tactical failures and game analysis on how they were beaten, if they were.

Technology offers the chance to what is said to be as “reducing the margin for errors”. Of course no system is fool proof as we have seen with goal line technology and VAR in the past few days, but it helps make more educated judgements.

A device like the SoccerBot360 would definitely kick start a “more scientific, less error prone” approach, since Milan have been in a crisis in terms of quality. With Ralf Rangnick set to be the next coach of Milan one can hope that these methods can catapult Milan onto the right side of things.