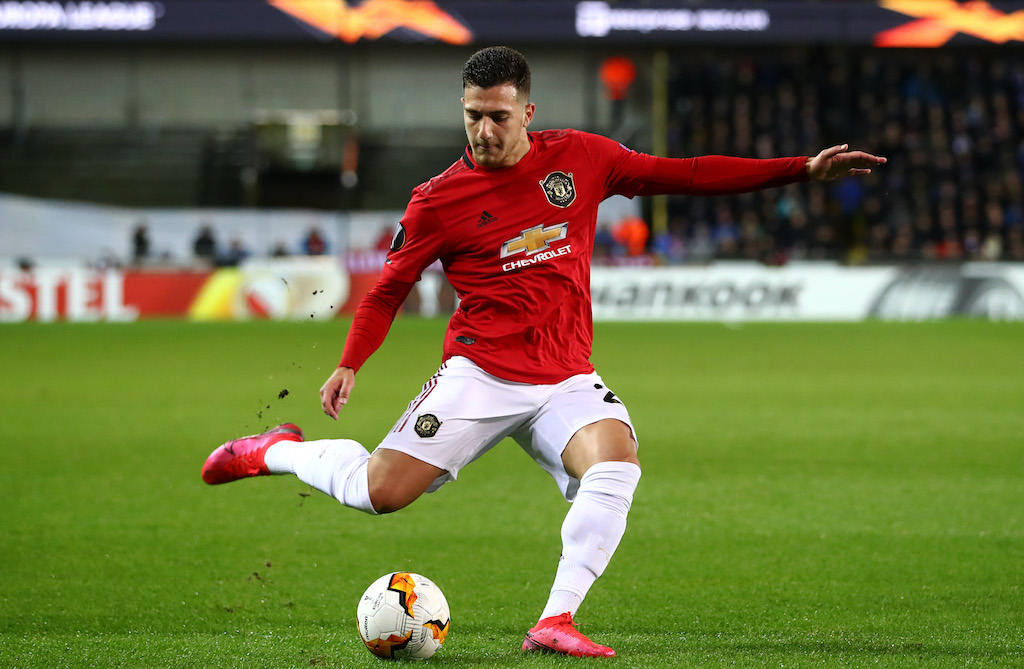 Solskjaer firm on stance regarding Man Utd defender on loan at Milan: “He’s our player”

Last week and tomorrow will be a strange paradox for the full-back as he will face off against his parent club Manchester United for his loan club Milan, hoping to prove to both that he deserves their backing for the future.

Dalot has been inconsistent for the majority of the season, while the same can be said for his time at United, who he joined after Jose Mourinho pushed the management to invest €20m to sign him from Porto in the summer of 2018.

Solskjaer spoke in his pre-match press conference on the eve of United’s return leg against Milan, and was asked about Dalot’s development and his future beyond June.

“I’ve been very pleased with his [Diogo Dalot] development this season, he’s our player and we’re looking forward to having him back,” he said (via MilanEye).

Between now and the next two months his future is to be written, but it seems that Dalot has a place at Old Trafford.