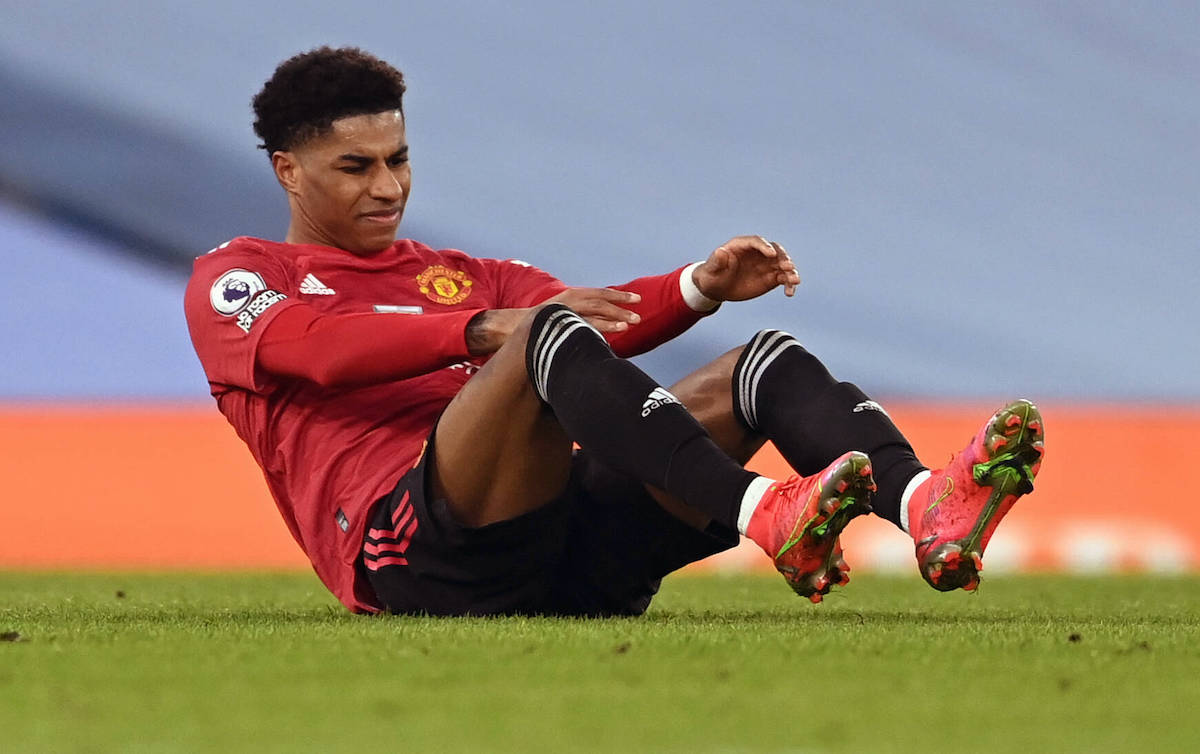 Solskjaer gives update on Man Utd star ahead of Milan clash: “He felt something in his ankle”

Arguably Europa League’s most mouthwatering clash pits heavyweights Manchester United against AC Milan. The clash at Old Trafford will see the two teams face each other for the first time in 11 years.

Both the teams enter the Thursday night encounter with significant injury problems. Ibrahimovic is struggling with a muscle injury, whereas Hakan Calhanoglu and Ismael Bennacer will most definitely see themselves out. Sandro Tonali looks likely to return to the start eleven

Ole Gunnar Solskjaer however has a more recent problem as the final minutes of the Manchester Derby saw Marcus Rashford pick up ankle injury.

After the 2-0 victory in the derby, Solskjaer spoke in a press conference about the situation (via MilanLive): “We need to do some calculations between who is well and who is not. He felt something in his ankle when he recovered 70 metres to stop them scoring. This shows the player’s attitude, commitment and spirit of sacrifice. I think it’s the ankle, tests will be done and I’ll talk to the doctor.”

It remains to be seen what happens regarding Rashford who for now looks uncertain to start. United’s other setbacks include Paul Pogba and Edinson Cavani.