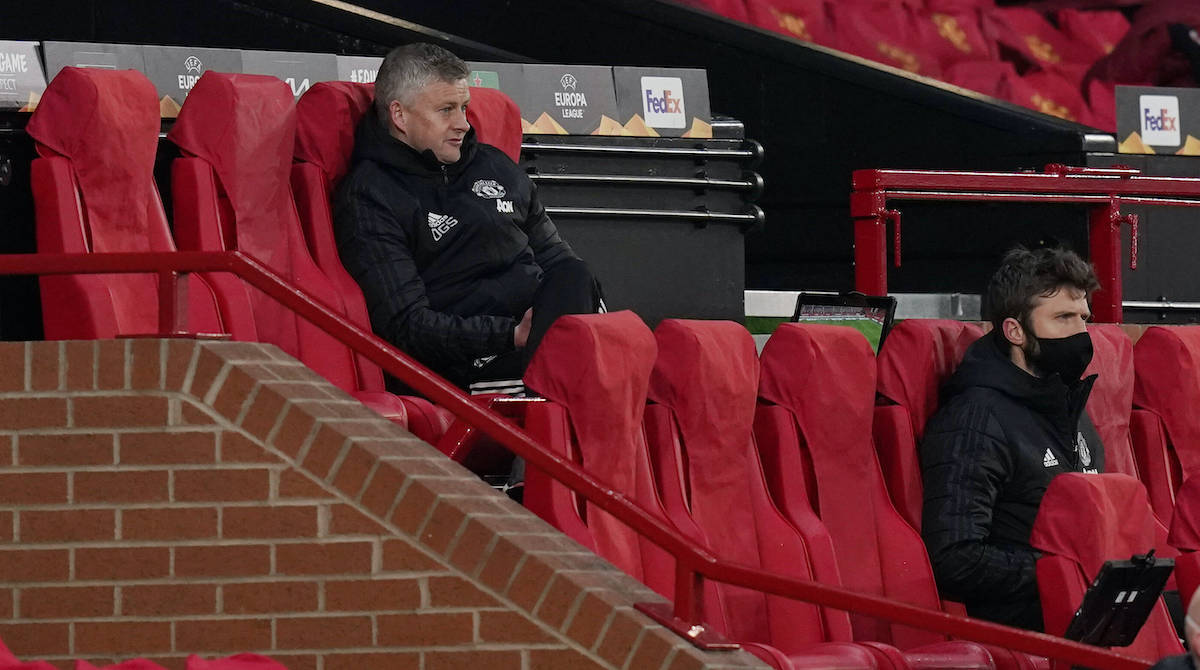 Solskjaer offers honest reaction to Milan draw: “We were slow, they played well and aggressively”

Manchester United boss Ole Gunnar Solskjaer bemoaned his side’s slow build-up play and the fact they switched off late in their draw with AC Milan.

Head coach Stefano Pioli had to make virtue of necessity as Milan were without Theo Hernandez, Ismael Bennacer, Hakan Calhanoglu, Ante Rebic, Zlatan Ibrahimovic, Alessio Romagnoli and Mario Mandzukic for the game, which saw the likes of Rade Krunic, Soualiho Meite, Diogo Dalot and Brahim Diaz get the nod.

Solskjaer spoke at the press conference after the game, and reflected upon a frustrating evening for his side.

“We knew that to win we had to score. Their draw complicates things. Scoring goals one minute from the end is always complicated. We will see what happens next week at San Siro, where we will play the match,” he said (via MilanNews).

“Diallo’s goal was very nice, with the right timing. Kjaer’s goal was built well by them, with a block that allowed him to head the ball. This goal obliges us to score at San Siro and win the game. We will have to be more bad. We were slow, they played well and aggressively. We were slow in the possession phase.

“We never played fast, I’m disappointed with that. We should recover some players and see how it will be. Martial? We have to evaluate him. I hope to recover Rashford for the Milan match. We need him while Cavani will not be there. We have a chance to go through, we need to score one or two goals to change the fortunes of qualification. ”