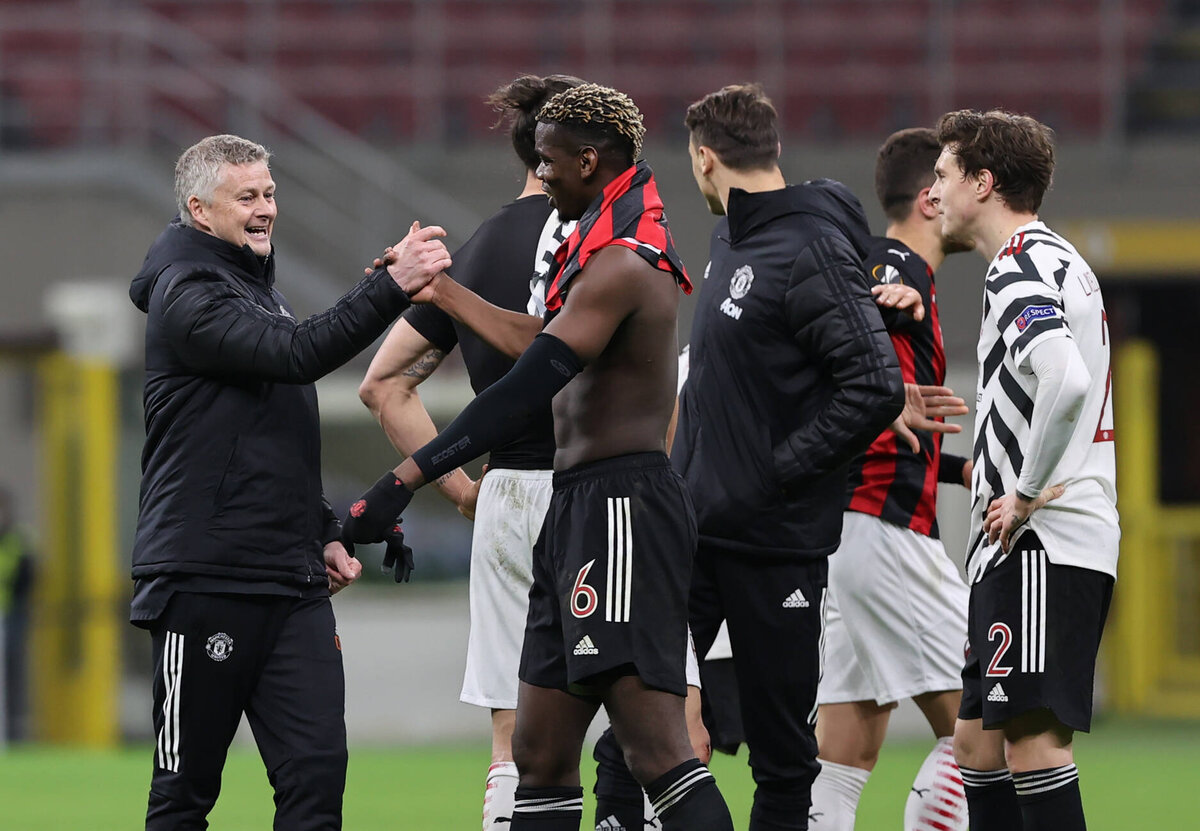 Solskjaer praises ‘fantastic’ Milan side and declares: “Pogba made the difference”

Man Utd knocked Milan out of the Europa League this evening as they scored the only goal at San Siro, courtesy of Paul Pogba. It was an evenly-matched tie, deciding by individual brilliance in the end.

Ole Gunnar Solskjaer’s men took control of the game early on in the first half but then it shifted to Milan’s favour, making it clear that this was going to be another close game. However, one substitution changed it all.

Pogba was brought on and needed just three minutes to open the scoring, making the most of a mistake at the back by the Rossoneri. The latter also failed to convert any of their many chances, making it very easy for the away side.

In an interview with Sky Sport (via MilanNews), Solskjaer praised Milan after what was a very narrow game. He also praised the man who won him the game, namely Pogba, who looked very inspired on the pitch.

“It’s great to have him back with us, we know how good he is, he had a huge impact today.”

On the first half…

“We started well in the first 15 minutes, maybe there was a penalty for us, it was clear to me, then they took over, we took too many risks. Milan have a fantastic team, then Pogba made a difference.”

On the Europa League…

“Last year, we lost in the semifinals, it was a hard blow for us because we wanted to win, but now we beat one of the best teams in the tournament and we are very satisfied.”