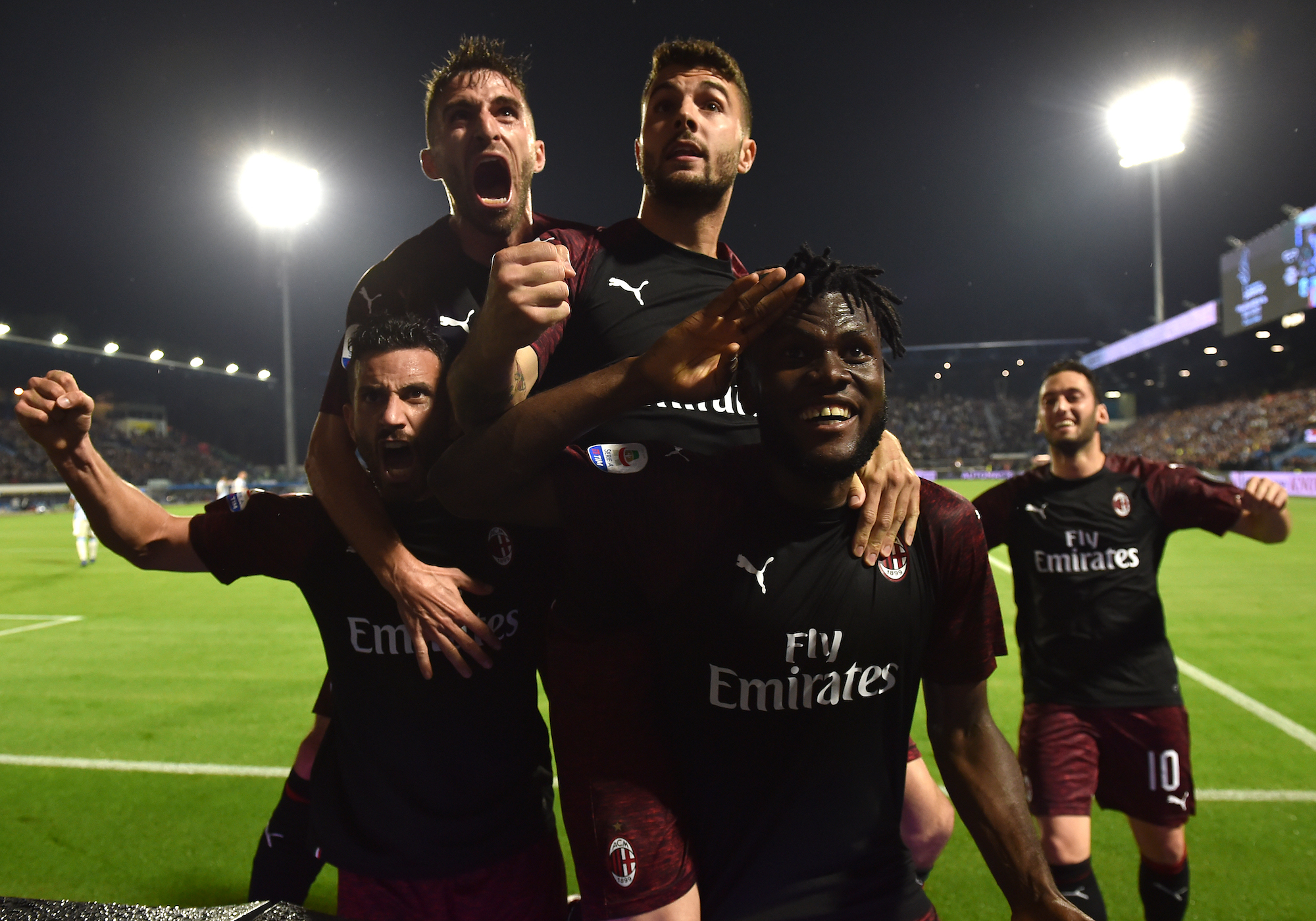 AC Milan missed out on a top four finish on the final day despite a dramatic 3-2 win over SPAL away from home.

The Rossoneri took an early 2-0 lead through Hakan Calhanoglu and Franck Kessie, but the home side struck back with goals from Francesco Vicari and Mohamed Fares.

Franck Kessie was the man who scored the decisive goal from the penalty spot, but wins for Atalanta and Inter meant that a top four finish was beyond the realms of possibility.

The visiting side had two chances inside the opening six minutes, the first coming when Krzysztof Piatek saw an effort well saved from just inside the box, and the second a well worked move which ended with Fabio Borini hitting the side netting.

Not long after, Hakan Calhanoglu found space to shoot and wound up from distance, but Emiliano Viviano palmed away for a corner.

Not long later, the travelling supporters were in dreamland. Franck Kessie found space to cross on the right side and he picked out Calhanoglu on the edge of the box, who finished expertly with a sweet right-footed striker.

Moments later, word spread around that Domenico Berardi had put Sassuolo 1-0 up at Atalanta, which pushed Milan temporarily into third. Simultaneously though, Gianluigi Donnarumma came off with a muscle issue, replaced by Pepe Reina.

Not long after that Gennaro Gattuso’s side doubled their advantage. A low ball from Ricardo Rodriguez found its way to Kessie, who took a touch before firing a bullet into the top left corner past a helpless Viviano.

KESSIE! WHAT A STRIKE! pic.twitter.com/0rN0sgSqTJ

There was yet another twist in the tale to come soon after though, with a wonderful free-kick delivered that Vicari headed into the far corner off the upright.

Piatek forced a save from Viviano in the 33rd minute courtesy of his overhead kick, but the game lulled to a halt in terms of chance between then and half time.

Calhanoglu came close to doubling his personal tally and making it three minutes before half time when he let fly from 25 yards; the Turkey international sending his low driven effort just wide of the left post.

Everything fell apart for Milan in the space of two minutes though, as Inter took the lead against Empoli through Keita Balde, and moments later Atalanta took the lead through Papu Gomez.

Almost simultaneously, Fares equalised for SPAL with a bullet header from Mohamed Fares courtesy of a pinpoint cross from Thiago Cionek.

Calhanoglu had an opportunity to give Milan the lead again when Tiemoue Bakyoko found him with a feed on the edge of the box, however this time he fired wide with a spinning shot.

Piatek should have done better moments later when Suso found him with a low feed, but the Poland international couldn’t wrap his foot around it and fired wide.

Just as the home side had established themselves in the game, Milan were awarded a penalty for a push on Piatek. A ball came in from the left side and the centre-forward was pushed over, and Kessie tucked away the penalty with no problems to give the Rossoneri the lead once again.

KESSIE WITH A BRACE! pic.twitter.com/k0VsYBjpsy

However, as word spread around that Empoli had levelled, not long after Inter retook the lead through Rajda Nainggolan which meant that Milan were destined for fifth place.

Atalanta took a 3-1 lead, and Cutrone shot straight at the goalkeeper as the Diavolo looked for a decisive fourth goal.