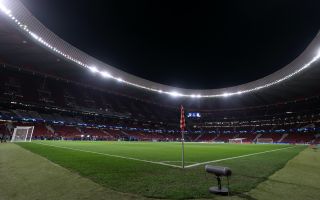 Spanish journalist gives inside track on Atletico Madrid ahead of Milan game: “It is the first ‘final’ of the season”

AC Milan will travel to the Spanish capital knowing that they must win to keep alive their slim Champions League hopes against La Liga champions Atletico Madrid.

The first game between the sides at San Siro certainly wasn’t without controversy. Milan started the game fantastically took a deserved lead inside the first half with a precise strike into the bottom corner, but the turning point in the game came before the half time whistle though as Franck Kessie saw red for a second yellow card which seemed harsh.

The equaliser came through substitute Antoine Griezmann after waves of attacks with what was an excellent volley, but the referee was again the centre of attention for awarding a late handball. After a lengthy VAR check the penalty decision stood and Luis Suarez tucked it away to ensure Milan remained bottom of the group.

MilanNews interviewed Jesus Colino – a journalist for Diario AS – one the eve of the game at the Wanda Metrapolitano and he gave an update on how Los Rojiblancos are preparing for the game including their injury situation. If you fancy a dabble on the game, using betting promotions could help.

Wednesday feels like a do-or-die match for both teams. What kind of a game do you expect?

“I expect a match where Atlético will dominate from the start, wanting to have the ball and chances from the start. In the Champions League and at Wanda Metropolitano, the team has to be at their best. However, the players and the fans know what and how much they suffered in the first half hour of Milan at San Siro.”

How are Atletico preparing for this important match?

“Atletico are aware that this is a very important match since the international break began three weeks ago. It is the first ‘final’ of the season. This was especially noticeable against Osasuna, when the team did not have a good game. Los Colchoneros are focused on this game.”

On the absentees Diego Simeone must deal with…

“João Félix will not be there, but being able to count on Griezmann is excellent news for Simeone and for Atletico Madrid. Felipe will be unavailable due to the suspension.”

Will there be any surprises in Atletico Madrid’s line-up?

“Simeone will play with three central defenders and a midfield with a lot of quality and speed. The eleven will be like this, or very similar: Oblak; Llorente, Savic, Giménez, Hermoso, Carrasco; De Paul, Koke, Lemar; Luis Suárez and Griezmann. The novelty is to see Llorente as a right-back, given that Trippier is injured.”