Heading into the derby against Inter, Milan were hoping to pick up all the points along the way, but were heavily disappointed by an encouraged Spezia side and ended up losing their first away game in over 400 days.

Stefano Pioli had quite a few positives before the game as most of his players recovered, excluding Ante Rebic who picked up a slight injuries. However, the added boost wasn’t really seen during the game last night.

The Rossoneri looked sloppy, failing to get a shot on target for the full 90 minutes against the 17th-placed team in the league (ahead of the game). Pioli’s men weren’t able to find an answer to Spezia’s high press, thus giving Inter the chance to leapfrog them heading into the Derby Della Madonnina. Here are five things we learned.

It all looked very familiar as the game probably reminded the fans of the Atalanta loss. Milan have been really poor when facing opponents that press high up the pitch and this was proved yet again as the Rossoneri failed to move the ball quick enough and bypass Spezia’s press. 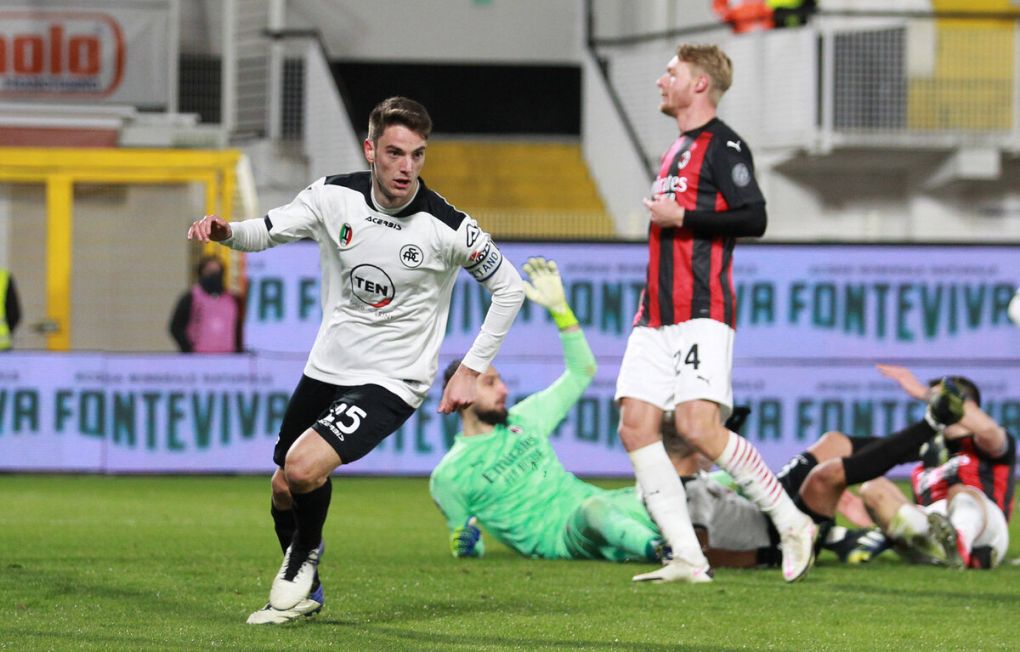 The players themselves looked way too sloppy, taking one touch too many while Zlatan Ibrahimovic was doubled down. The Swede, Hakan Calhanoglu, Rafael Leao and Alexis Saelemaekers were barely getting the ball and were quite invisible throughout the game.

Meanwhile, Ismael Bennacer – who usually is highly effective when facing high press – didn’t seem to be in form. A problem Pioli, who will need to analyse and address as more teams are starting to play in a similar way against Milan, who don’t have an answer to that.

Davide Calabria picked up a yellow card last time and was suspended last night, giving the change to Diogo Dalot. Unfortunately for him, the Portuguese youngster was probably the weakest link in Milan’s side. Despite having a few good interceptions early on, he was constantly losing his battle against Ricky Saponara as he also made the silly foul that lead to Spezia’s second goal.

The right-back offered nothing going forward as well and looked sloppy on the ball, taking too long to make a decision. Not the display the management wanted to see from him, especially since they need to make a decision on his loan which will expire at the end of the season.

It’s been a rarity to see both Franck Kessie and Bennacer on the pitch at the same time this season and while fans were starting to get excited, the duo had a really rough time against Spezia. Kessie was invisible as his movement was slow and he wasn’t the dominant player we are used to seeing. 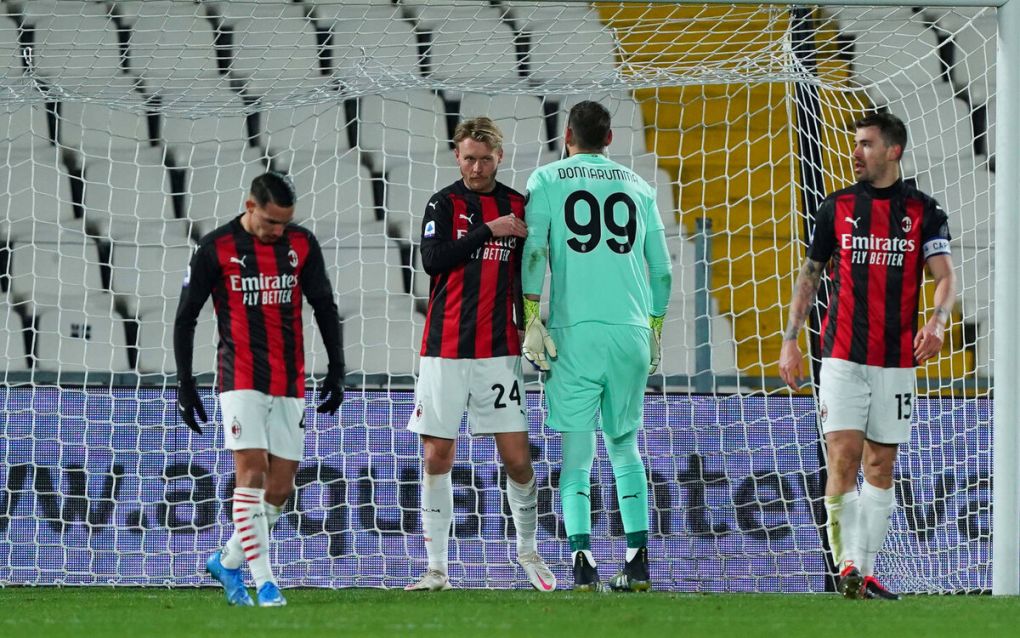 Bennacer wasn’t anything different. Although he was on the ball a bit more, it was quite obvious that the Algerian isn’t fully fit after his recovery. The Algerian usually doesn’t have a problem playing against a high press, but yesterday he was clearly affected by the way Spezia played.

Pioli will be looking to get his star midfield duo back ticking, as the crucial part of the season is upon us and all the players need to be at their very best.

All of the Milan players had a bad night, but surely Pioli would have liked to see his star man drop deeper and help the struggling Bennacer and Kessie. Instead, Calhanoglu went missing for the night as he was barely on the ball, excluding a few set pieces that turned out poor as well.

It’s understandable if a player or two have a bad night, but against a team fighting to stay in the top flight, you would think that the best performers would take on some responsibility. The No.10 has truly been missed while he was absent from the last couple of games and we saw this with his immediate impact against Crotone.

Having said that, the Turk has gone missing quite a few times when facing tougher opponents that use a high press or don’t give him too much space and he needs to work on that.

5. Bad loss heading into the derby

While the result was bad, the worst part probably is that it comes just before the crucial derby against Inter. The Rossoneri have a Europa League game on Thursday and while the first-choice XI isn’t expected, Milan need a convincing win in order to get confidence back ahead of the weekend. 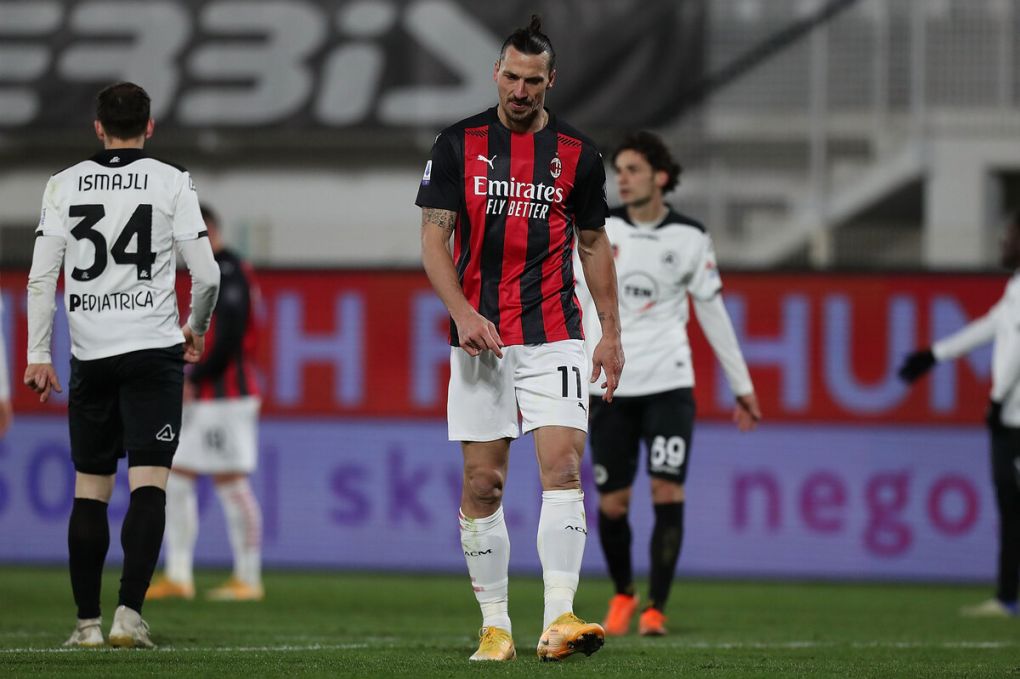 The game against Inter will show if Pioli’s men are ready to really fight for the title as a win would put them in first place again, or perhaps extend the lead depending on the outcome of Inter’s game against Lazio this evening.

READ MORE: Taking a look at Milan and Inter’s next six games as crucial derby awaits