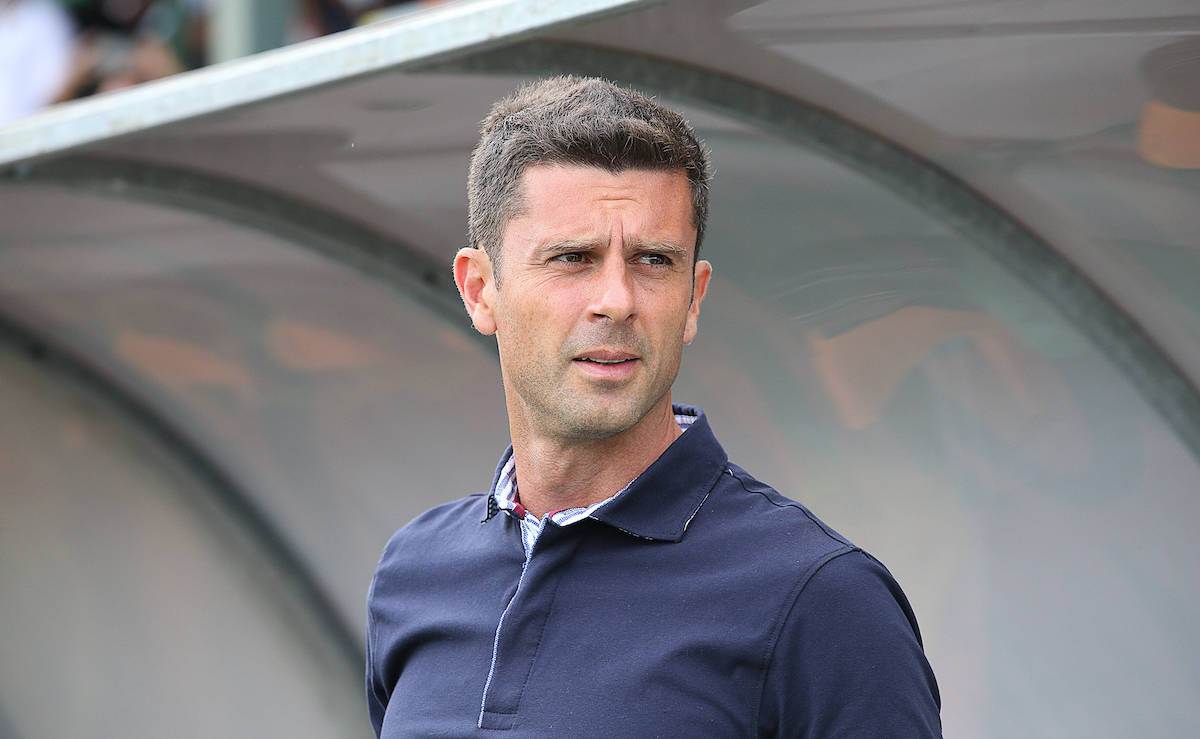 Spezia boss Motta full of praise for Milan: “They are a great team with a great coach”

Thiago Motta has praised the work that Stefano Pioli has done with AC Milan ahead of the meeting with his Spezia side tomorrow.

The former Inter, Paris Saint-Germain and Barcelona midfielder has found his way to Liguria for his latest challenge from the dugout in his second stint as a manager after a disappointing debut with Genoa in 2019.

His side welcome the Rossoneri at the Stadio Alberto Picco in La Spezia, after a shaky start to the season with three losses in five games. Motta spoke to the official channels of the club in his pre-match press conference (via MilanLive), covering a number of topics including what he expects from Milan.

“I expect the best possible Milan. They are a great team with a great coach, they are showing from the beginning of the season both in the league and in the Champions League, where they played a great match against a fantastic Liverpool,” he explained.

Spezia are looking to win only their second game of the season, in stark contrast to Milan, who are unbeaten so far and level on points with city-rivals Inter.

He said: “It’s up to us to work and try to bring certain moments in our favor, in the difficulties that Milan may have. We must take advantage of them and bring the game to our side.”

Milan sit third in the league table with 13 points, just behind Napoli, who are the only team in Serie A with a 100% win record taking a maximum of 15 points from 5 matches.