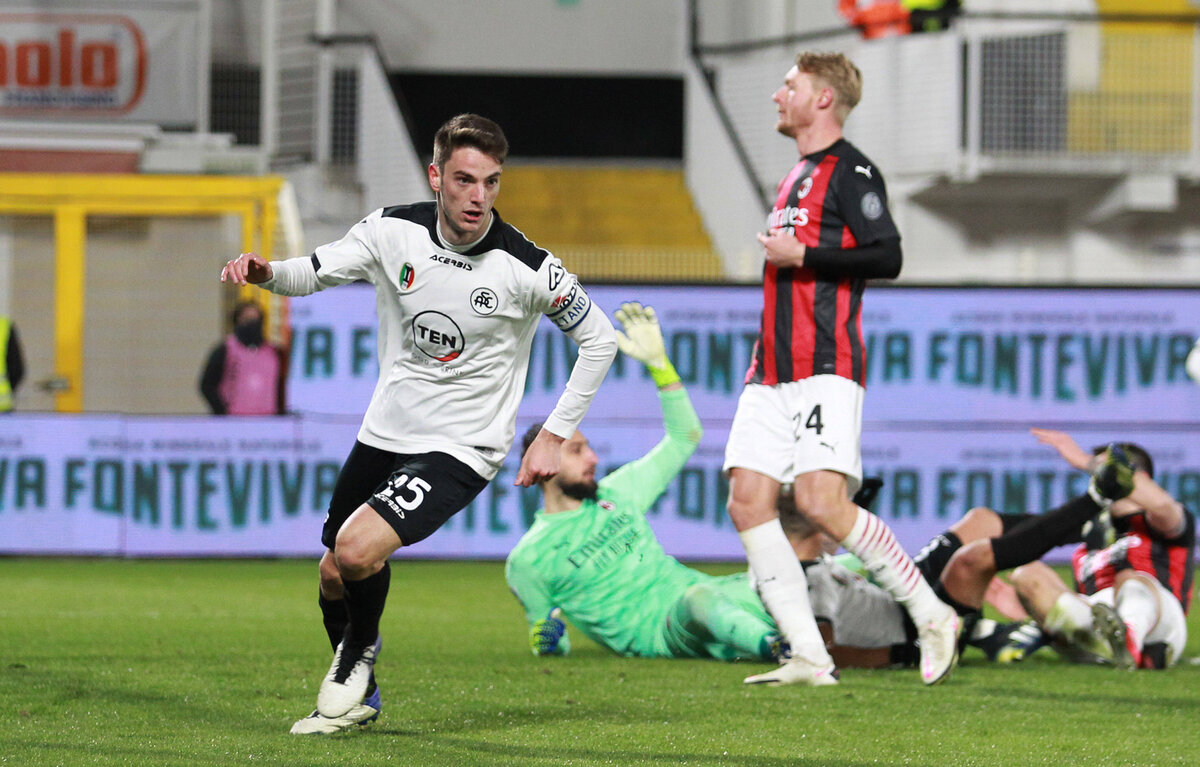 The captain of Spezia, Giulio Maggiore, was one of the big heroes last night as he scored the opening goal against Milan. And as if the win wasn’t enough, the midfielder can enjoy it for another reason as well.

As reported by MilanLive, Maggiore was followed by the Milan scouts when he had just turned 14 (back in 2012). They decided to include him in the Giovanissimi team, but his adventure ended quickly after an injury. Furthermore, Milan decided not to bet on him.

Maggiore got his personal revenge last night and in an interview with Sky Italia (as cited by MilanLive), he revealed that he’s an Inter fan as well.

“I’m an Inter fan and have been since my childhood. As a lucky charm, I had a Nerazzurri bathrobe. When the Milan scouts came to see me they said ‘we like you, but let’s avoid the Inter bathrobe’. I have no regrets for the Rossoneri experience, I’m happy at Spezia, they welcomed me and raised me.”