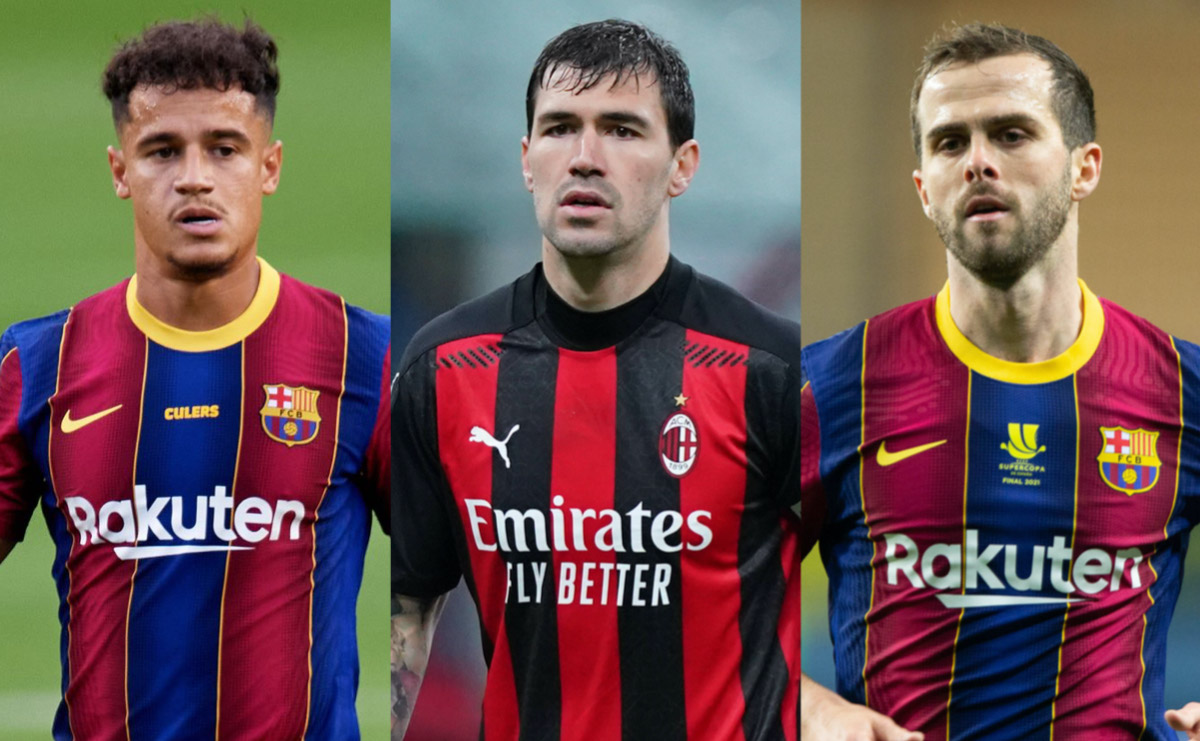 Barcelona have an interest in signing defender Alessio Romagnoli, a report claims, while AC Milan are keen on two of the Catalan side’s midfielders.

According to Sport, Romagnoli has been on the market for a while as he has a year left on his deal and does not want to renew, so the Rossoneri management want to sell him this summer rather than run the risk of losing him for free next year as happened with Hakan Calhanoglu and Gianluigi Donnarumma.

The report cites sources in Italy in claiming that Barca are best placed to bring sign Romagnoli in and they are looking for something that works economically for both clubs. Milan are interested in their midfielders Miralem Pjanic and Philippe Coutinho but cannot afford a big transfer fee and the players are not willing to lower their salary.

That doesn’t change the fact that the Milan captain would fit Barca perfectly as a left-footed central defender, something they need. Barca are looking to move on Lenglet and Umtiti so Romagnoli may eventually get his move.