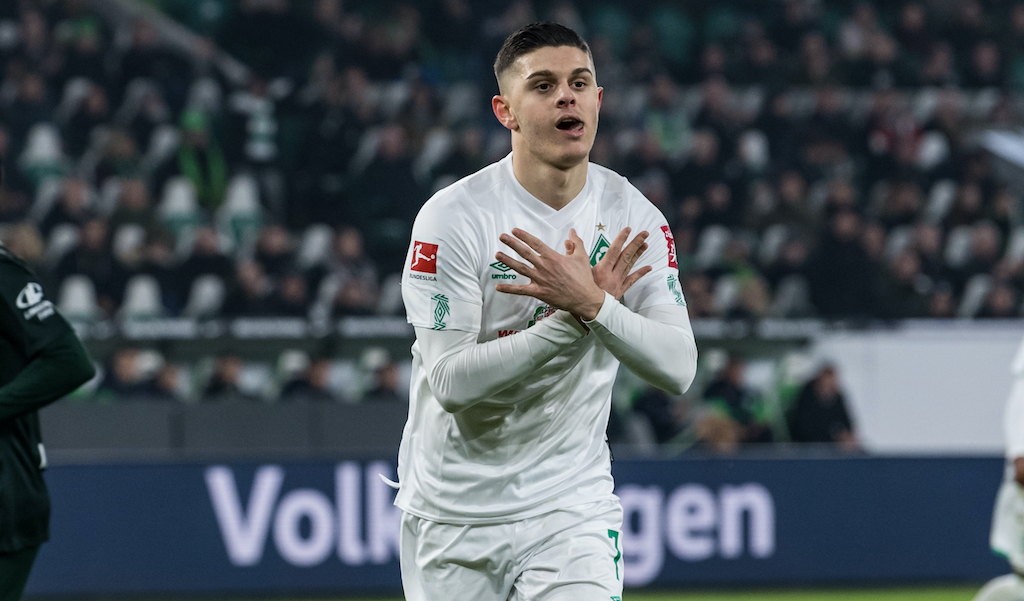 Werder Bremen winger and Milan target Milot Rashica has reportedly rejected a move to Milan because he wants to stay in the Bundesliga.

Rashica has scored 11 goals and assisted eight more in 34 games for Werder Bremen this season, with the club narrowly avoiding relegation.

La Gazzetta dello Sport (via MilanNews) reported earlier in the week that the first department to be reinforced by incoming boss Ralf Rangnick will be the attack, with Rashica one of the two names mentioned.

The paper added that Rangnick likes the Kosovo international a lot due to the fact he can play as a winger or an attacking midfielder, while Tuttosport (via MilanLive) added that Milan have lodged enquiries both with the player’s entourage and with Werder.

According to SportBild (via SportWitness) however, Rashica has turned down an approach from Liverpool and Milan because he wants to stay in Germany and secure a move to RB Leipzig.

The outlet state that ‘everything has been discussed’ with Rashica over a move to Leipzig and he had an ‘intensive conversation’ with coach Julian Nagelsmann.

He has made his choice clear to Leipzig and to Bremen, in the process turning down ‘enquiries’ from Liverpool and Milan. Bild (via BuliNews) recently stated that Bremen want €25m for the Kosovo international.