Sportiello vs. Cragno – comparing the possible new deputies to Maignan

AC Milan have not received good news regarding the condition of Mike Maignan, and it may force them into action next month when the window reopens.

There is the fear among the Milan staff that Maignan could actually miss the Supercoppa Italiana final against Inter next month given that he underwent a scan on his calf muscle today and must be re-evaluated next month.

This means that directors Paolo Maldini and Ricky Massara could well be active in the January transfer market to find a goalkeeper who can fight for a place with Ciprian Tatarusanu as the deputy to Maignan.

Marco Sportiello has been mentioned and virtually every major source is claiming there is an agreement in place over a free transfer ahead of the 2023-24 campaign, but earlier today the names of Monza’s Alessio Cragno and Empoli’s Guglielmo Vicario emerged as targets.

Who would be the best fit to come in and fill the void? Scout7Calcio has taken a look at the numbers…

Weighing up the options

The first statistic worth talking about is the Post Shot Expected Goals x Goals Against of their entire career to this point. This stat shows how likely it is that the goalkeeper saves a shot, for example if the PSxG is 3 but the goalkeeper conceded 5 he underperformed by two goals. 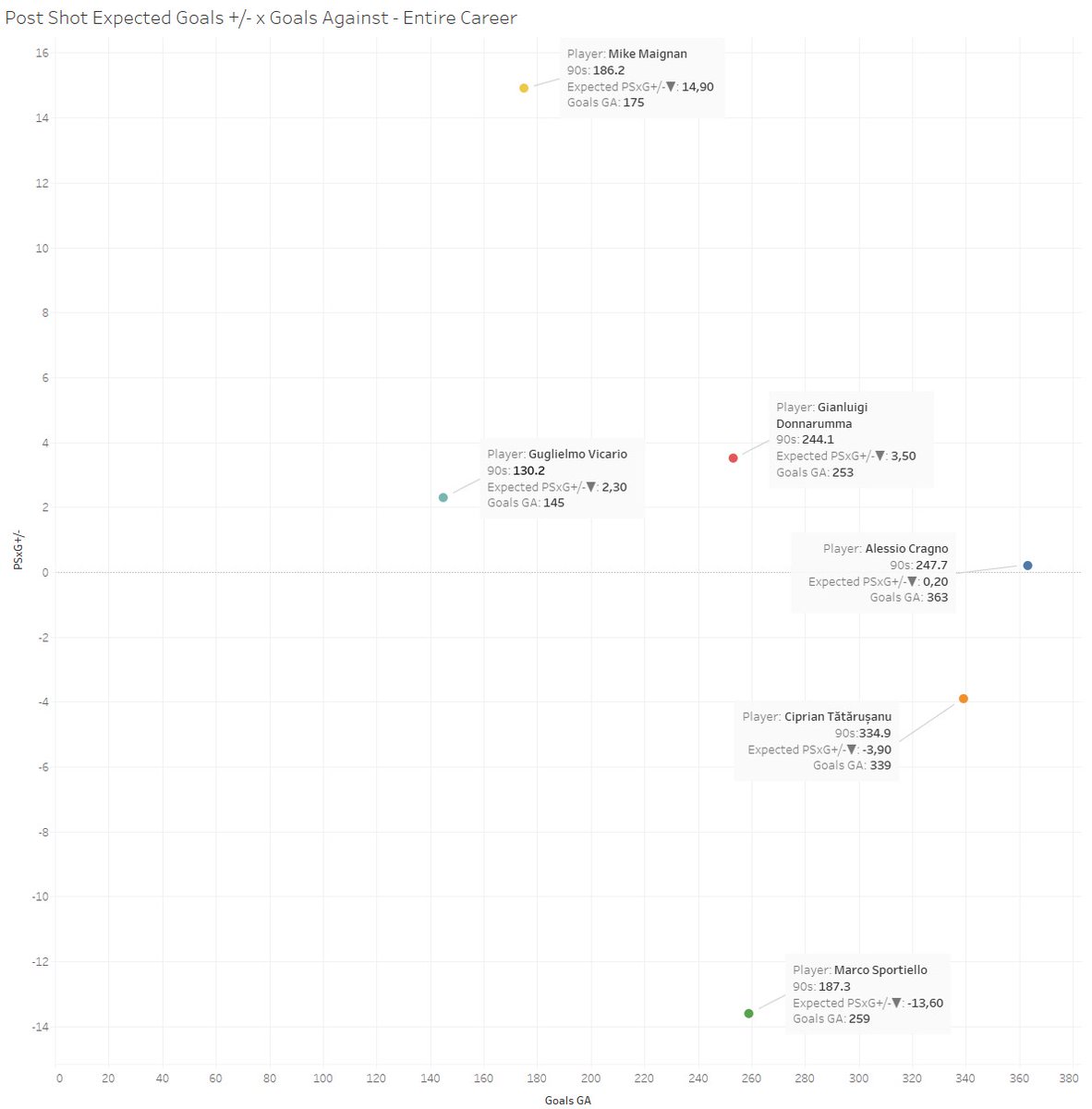 This next graphic shows each of their best seasons, where they performed to the best of their ability in stopping goals, since Milan need a goalkeeper capable of that. Surprisingly, Cragno had an incredible season in 2018-19, stopping 9.50 shots that should have been goals. 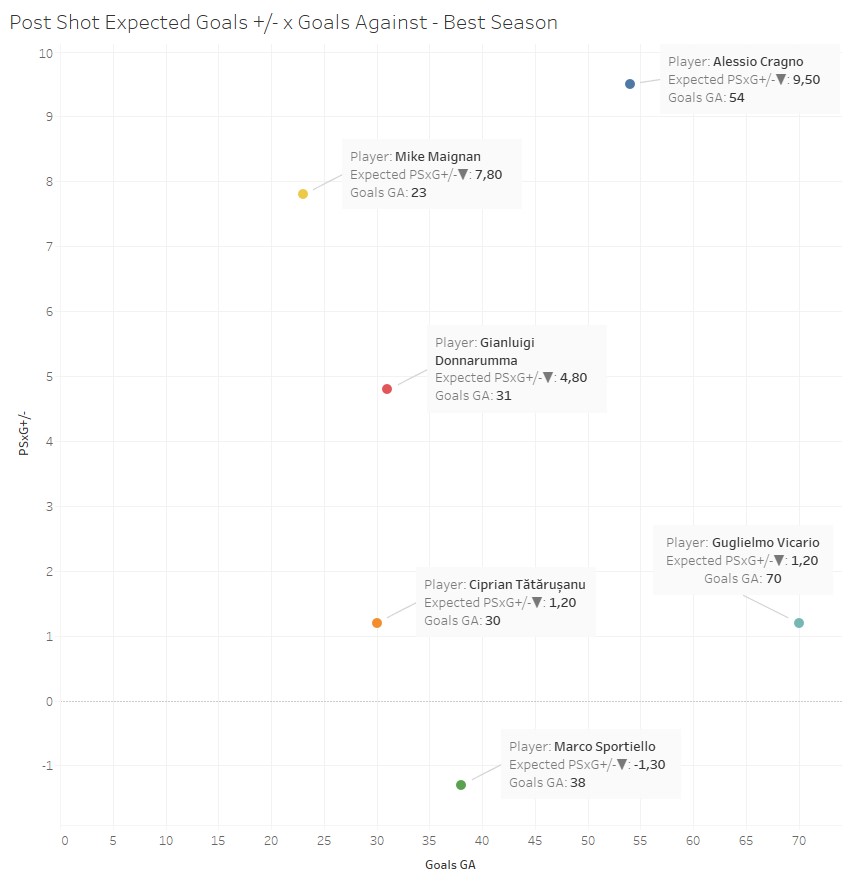 In the 2019-20 and 2020-21 season Cragno still outperformed his Expected Goals Against by +1.6 and +1.2. Sportiello on the other hand never over-performed – he always conceded more goals than he should have.

Cragno’s last season saw him under-perform by -9.6, so compared to his best campaign where he saved almost 10 goals that he should have let in, last season was almost the complete opposite.

Knowing that Vicario is unlikely leave Empoli to be a deputy at this stage in his young career, and Milan cannot go out and buy a highly talented goalkeeper since Maignan is one of the best of the world in his position, it seems Cragno is the better choice.

He is 28 years of age, his stats show that he is capable of match-winning shot-stopping and he had seasons where he directly contributed in helping Cagliari avoid relegation.

However, there is even an element of risk about Cragno too given his last season showed big regression and in the current campaign he has made no league appearances plus just two in the Coppa Italia, conceding four goals across two games.