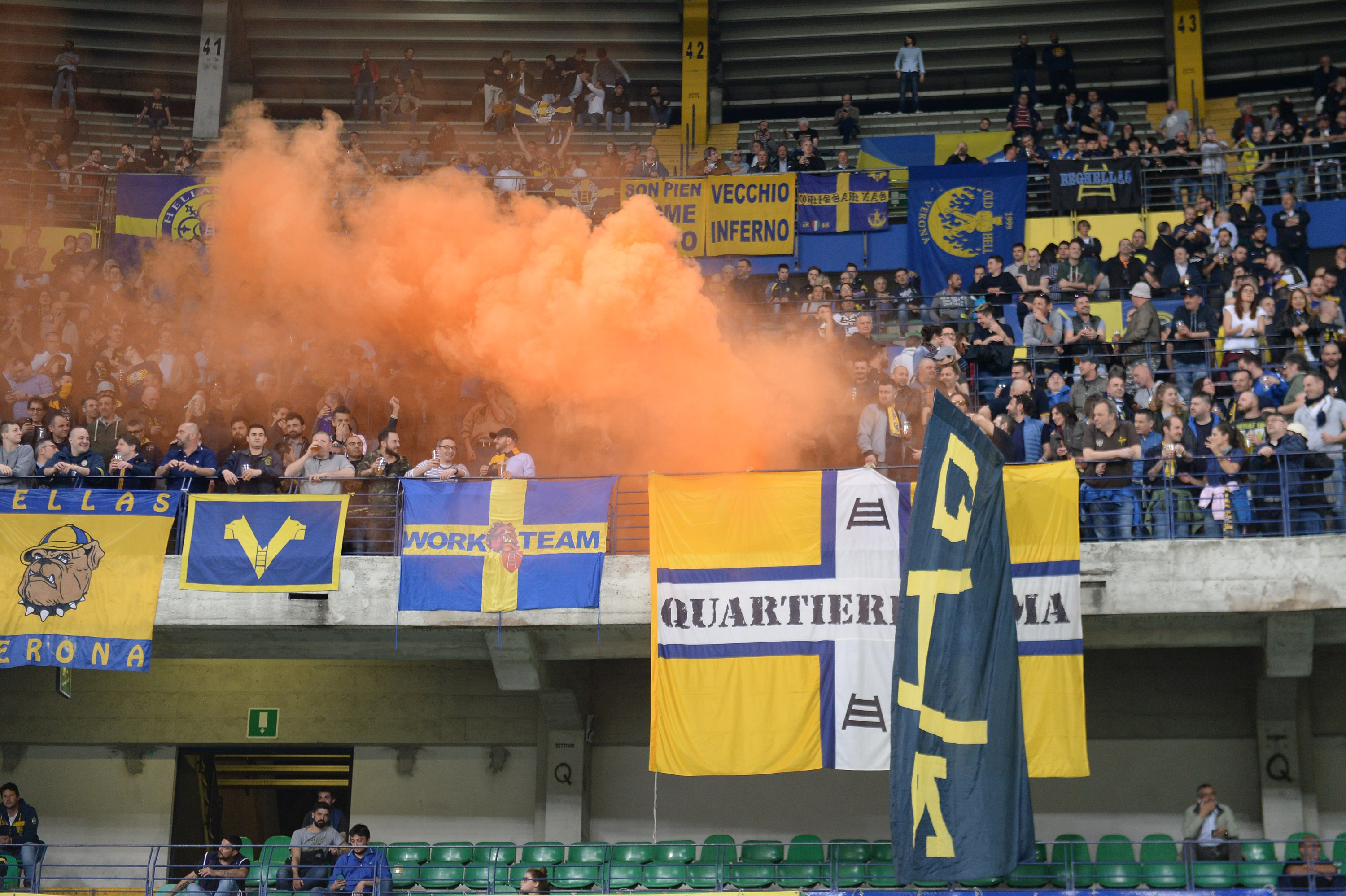 The Sporting Judge has decided not to impose any punishment or further investigation into the alleged racist chants from Hellas Verona fans on Sunday night.

The Rossoneri prevailed 1-0 at the Stadio MarcAntonio Bentegodi in what can fairly be described as a feisty encounter which included two red cards, a penalty and a disallowed goals.

Mariusz Stepinski was sent off for the home side in the first half before Krzysztof Piatek scored the winner from the spot in the second half.

Piatek saw a goal ruled out by VAR for kicking the ball out of goalkeeper Marco Silvestri’s hands, and minutes later Davide Calabria saw red for an apparent clothesline on Matteo Pessina.

The headlines since have been dominated by widespread reports that Kessie was racially abused during the game by Verona supporters.

The Ivorian did receive an audibly more hostile reception than all the other Milan players, and it is believed by many that monkey chants could be heard.

Verona hit back at those claims instead asking for ‘respect’ in a statement on their official Twitter account, claiming that the noises being made were boos.

As stated on MilanNews.it, the Sporting Judge did not even mention any incident regarding Verona’s fans during the game against Milan, meaning there will be no investigation or punishment.

Meanwhile, Cagliari also avoided any punishment for their racial abuse of Romelu Lukaku.

In addition, the Judge ruled that Calabria will be banned for one game for his aforementioned red card, which he will serve in Saturday’s Derby della Madonnina.