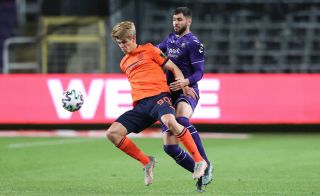 De Ketelaere is a 20-year-old creative midfielder who spent his youth career with the Bruges-based club before graduating to the senior side in 2019, where he has begun to impress everyone with his performances.

According to Gianluigi Longari of Sportitalia on Twitter, Milan are monitoring the situation of De Ketelaere and are interested in a potential move having asked for information, but Atalanta are also interested in the player.

He had six goals contributions in 31 league games this season and is known for his versatility as well as his imposing presence, given that he stands at 6ft4. He was called up to the senior Belgium squad in November 2020 and made his debut as a substitute against Switzerland, showing that the future is bright for yet another emerging talent from the Belgian league.