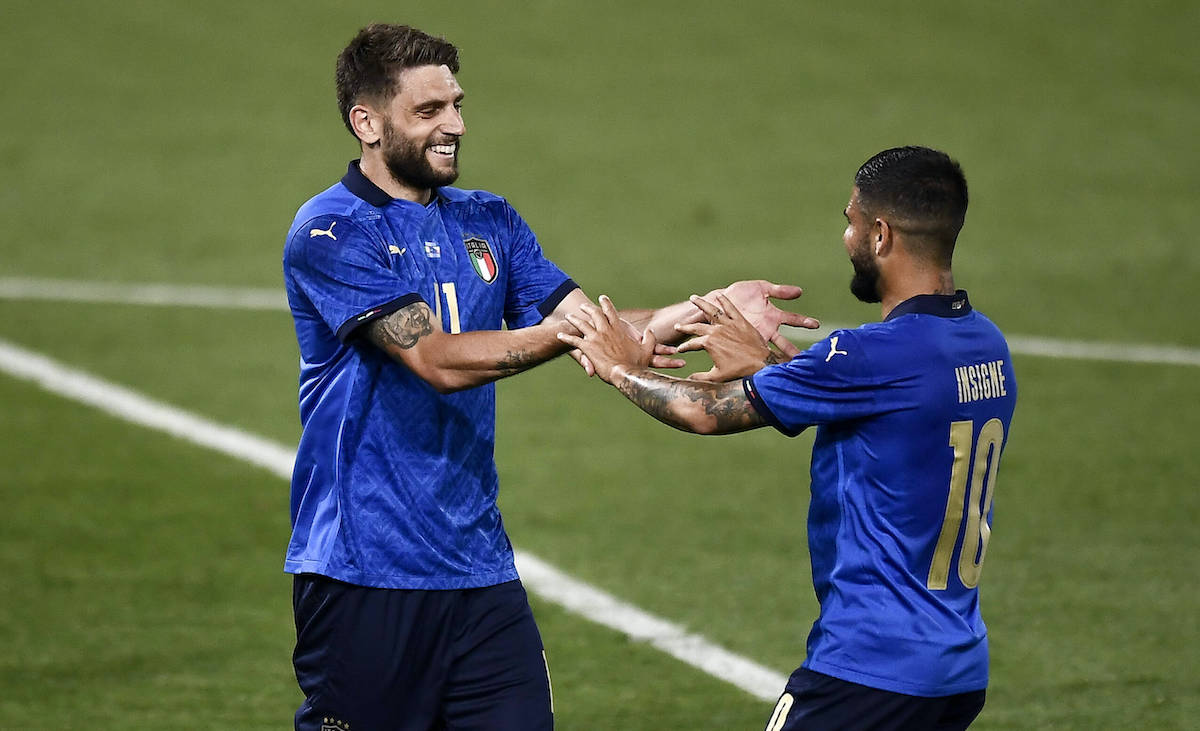 The Milan management are looking to complete the attack by adding a couple more quality pieces and they have targeted two Italy internationals, a report claims.

According to the latest from Sportitalia (via MilanNews), Milan have their eyes on two wingers at the moment who operate on different flanks, the first of whom is Lorenzo Insigne. The Napoli captain is under contract until June 2022 and a renewal does not seem imminent, with Paolo Maldini a big admirer of the player.

However, the Rossoneri’s most pressing issue is the right wing spot – especially if Samu Castillejo leaves – and that is why Domenico Berardi of Sassuolo is a target. The 26-year-old is ready for the jump to a top club, and Pioli sees him as the ideal completion of his 4-2-3-1.

Berardi amassed 17 goals and 8 assists in Serie A last season while Insigne racked up 19 goals and 7 assists in the league alone in the 2020-21 campaign.