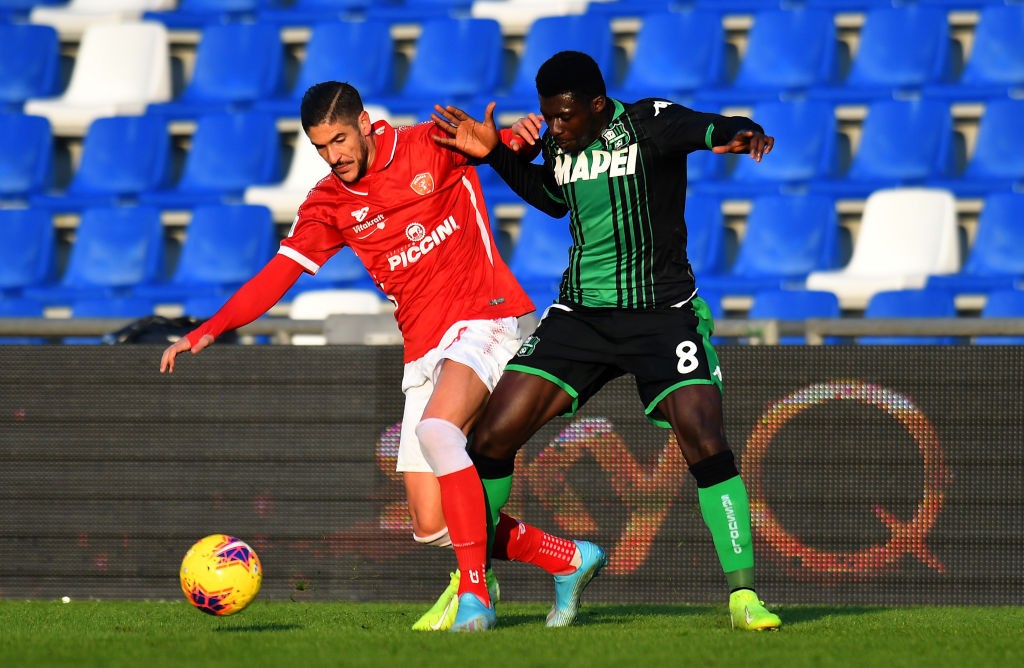 Maldini and Boban are sondering the market to see how they can improve Rossoneri, and on Thursday night, Alfredo Pedullà reported a new interest in Sassuolo’s Alfred Duncan.

Duncan has been a strong influence on Sassuolo’s season so far. The energetic midfielder has helped the Neroverdi substantially both in the defensive and offensive areas and is regarded by many as the engine of the Sassuolo midfield.

Sportitalia’s Alfredo Pedullà is now reporting that Milan have turned their attentions back to Duncan – a player the Rossoneri has been linked with frequently before.

The 26-year-old Ghanian international midfielder has featured 13 times for Sassuolo this season and has registered one goal and five assists.

He joined the Neroverdi in the summer of 2016 and has been a strong figure for them under both Eusebio Di Francesco and current manager Roberto de Zerbi. Duncan’s current contract with Sassuolo runs until the summer of 2022.