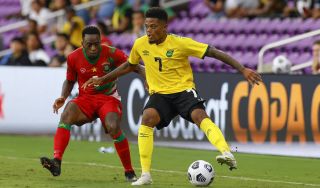 AC Milan are interested in signing winger Leon Bailey from Bayer Leverkusen but must first sell some players, according to a report.

The latest from Sportitalia (via MilanLive) writes that Milan must first sell Samu Castillejo to start moving concretely for a new right winger, because Chelsea have said no to any kind of loan for Hakim Ziyech.

Something could be unlocked towards the end of the mercato, while in recent days, Leon Bailey of Bayer Leverkusen has appeared as a target. However, he has a high asking price and that is exactly why sales are needed in order to raise funds.

The 23-year-old had an excellent season in 2020-21, amassing 15 goals and 11 assists in 40 appearances, so it is understandable that Bayer Leverkusen would be apprehensive about selling such a key man.

Milan cannot afford to spend large amounts at the moment due to Financial Fair Play pressures and it is unlikely that Leverkusen will agree to selling Bailey on loan with an option to buy.

Tuttosport: No concrete offers as Milan continue to demand €8m for winger
31 July 2021, 15:27
Serie A Standings