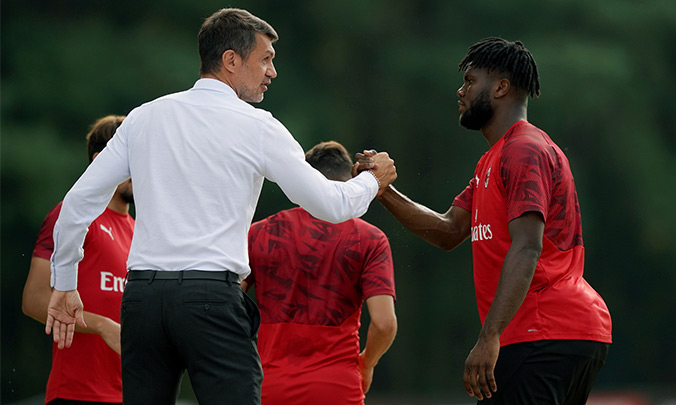 AC Milan are looking to wrestle back control in the Franck Kessie saga by pushing for his potential replacement, a journalist has claimed.

Kessie has been at the centre of attention from both fans and the media lately as he is yet to sign a renewal with Milan, and his contract now has less than nine months to run on it with nothing to suggest a renewal is imminent. In fact, the situation seems to be very complicated and the Rossoneri might have to look for a replacement, given a number of high profile clubs are being linked with the Ivorian.

According to the latest from Rudy Galetti of Sportitalia on Twitter, Milan have agreed a deal with Boubacar Kamara of Marseille on a potential free transfer ahead of next June, as his deal is also expiring.

The club want an answer from Kessie before January and the Rossoneri have in mind possible operation similar to the one that saw Gianluigi Donnarumma essentially replaced by Mike Maignan before the Italian’s deal had even expired.

READ MORE: Milan travel to face Bologna with nine players out due to injury or Covid