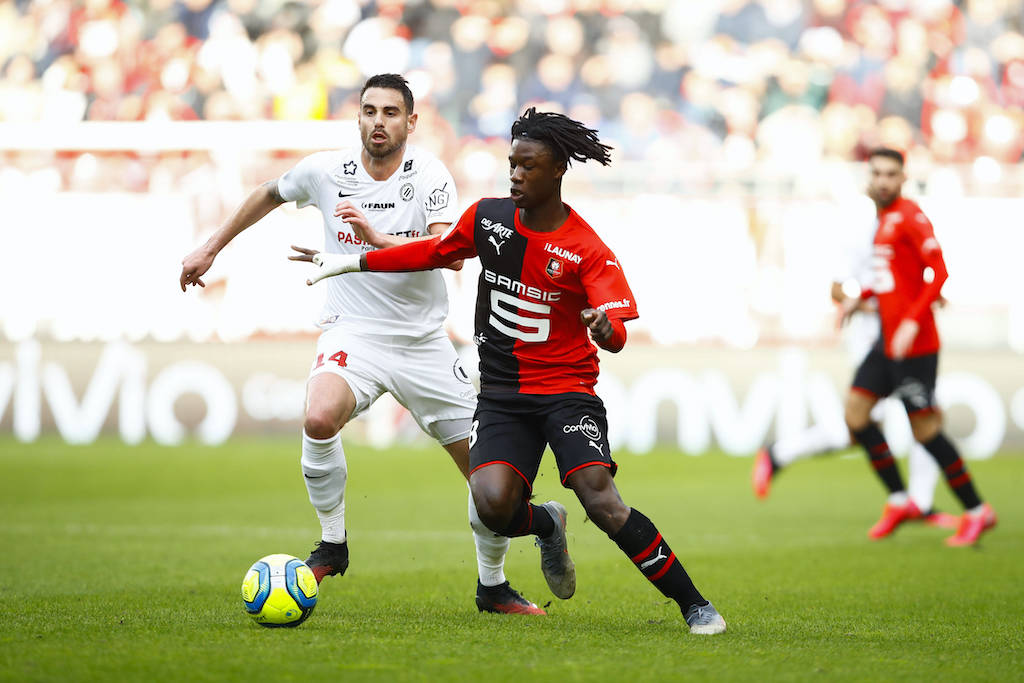 Stade Rennais star admits he is ‘honoured’ to be linked with €50m Milan, Real Madrid moves

Stade Rennais midfielder Eduardo Camavinga has admitted to being flattered by links with a move to either AC Milan or Real Madrid in the upcoming window.

The Rossoneri have been repeatedly linked with a move for the 17-year-old over the past few months, with French outlet RMC Sport even stating Milan opened talks with the player’s entourage to gauge interest over a possible move.

Earlier this week, Mundo Deportivo published a report claiming that Stade Rennais have set their asking price at €50m for Camavinga, with Real Madrid and Milan cited as having interest.

Camavinga was asked about interest from Milan and Real Madrid in particular during an interview with Ouest France, admitting that he is ‘honoured’ but that he has ‘another priority’.

“These are not things that concern me and interest me for now. Of course, I’m happy with the courtship of these clubs, I’m honoured. But I have another priority,” he said.

“I’m fine at Rennes and I want to stay. Then in the future we will see. My parents and my agent will take care of it.”