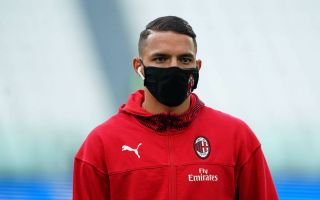 Star is ‘very happy’ at Milan but admits to being ‘honoured’ by €50m Man Utd, PSG links

AC Milan midfielder Ismael Bennacer has admitted to being flattered by the interest of top clubs, but insists his mind is focused on the Rossoneri.

The Algeria international has been a revelation for Milan in the engine room of the midfield so far since his arrival from Empoli last summer, something which has attracted interest from a number of clubs.

According to a report from Footmercato, the likes of Manchester City, Manchester Utd, Real Madrid and Paris Saint-Germain are monitoring the Algerian midfielder. However, to secure the services of Bennacer, €50m is needed as it’s the value of his release clause.

MilanNews.it reported that the release clause won’t be active until the summer of 2021. Furthermore, it has to be paid all at once and not in instalments. The French report, though, insists the release clause is active this summer.

Bennacer spoke to Algerian newspaper Le Buteur about his future, insisting he is paying no attention to the rumours despite being aware of them.

“I am not aware of anything. I just give everything on the pitch. I work and I am at the service of Milan,” he said (via MilanNews).

“I am focused on my club where I am very happy. The interest of the big clubs, however, honours me.”