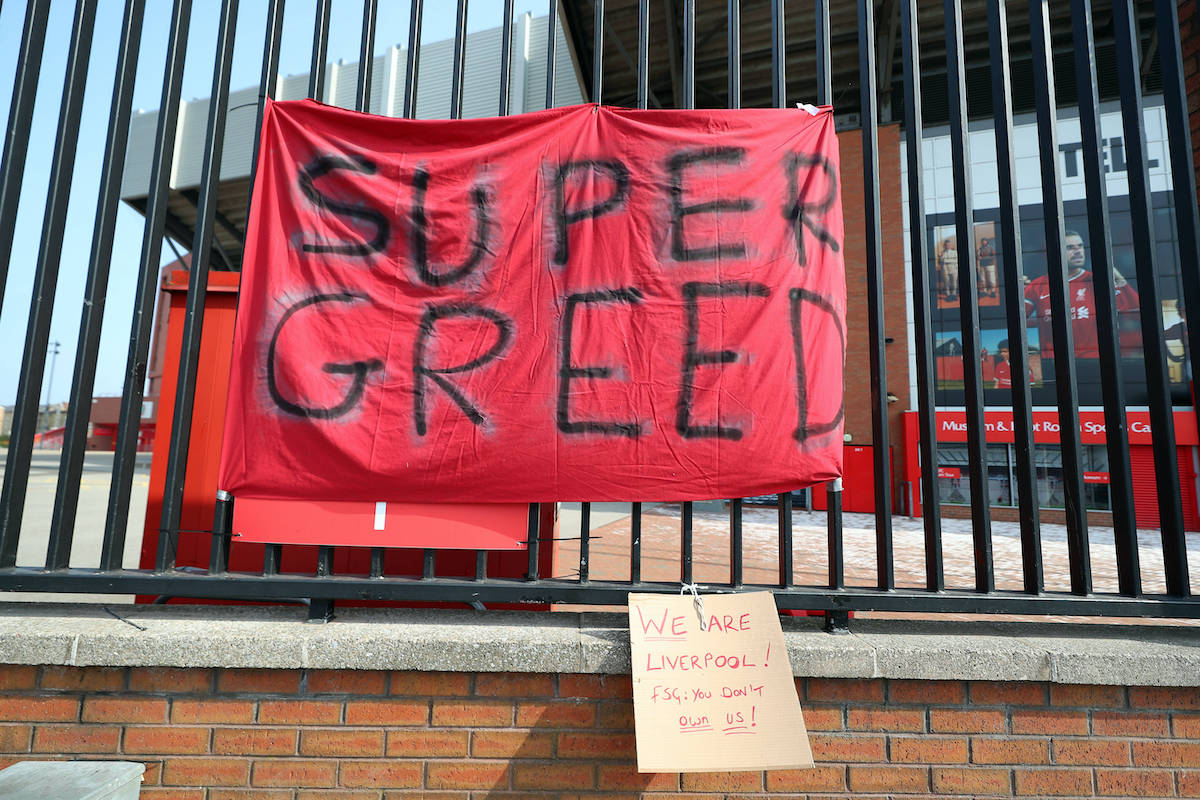 Start date outlined, over €7.7bn of debt and threats of withdrawal – latest on the Super League

The fall-out from the announcement of the Super League continues and new information seems to emerge every few minutes.

It has emerged from Football Leaks (via ACMilanFR), that Milan signed as a founding club of the Super League in 2018 alongside Real Madrid, Barcelona, Man United, Bayern Munich, Juventus, Chelsea, Arsenal, PSG, Manchester City and Liverpool.

La Gazzetta dello Sport (via MilanNews) meanwhile have conducted research on the current debts of the 12 founding teams of the new League. The final result tells us that Milan and Arsenal have less debt than the other big names, while the total amount adds up to over €7.7bn worth of debt.

According to journalist Alex Wickham, a source with knowledge that one of the big six English clubs is now seriously considering pulling out of the Super League. They are accusing Liverpool and Manchester United — the 2 clubs leading the breakaway — of lying to them and “f***ing up”.

Meanwhile, Anas Laghrari – the secretary general of the Super League – talked about the new project in an interview with Le Parisien.

“The Super League can start even in five months. We are ready to sit down and talk to UEFA. Their threats of exclusion are not legal anyway. It will not be a closed league, a quarter of the teams will be renewed every year,” he said (via MilanNews).

“We want to create the best football, we have the desire to organize a competition that everyone wants to see, that makes people dream, young people to renew a football that has entered the madness of transfers and money.”

Sky Sports News reporter Kaveh Solhekol states on Twitter that there are ‘strong differences of opinion emerging in private between breakaway clubs’ with some executives involved believing they’re being ‘hung out to dry’ and ‘are beginning to get cold feet’. They’re nervous & disappointed about way it’s been handled. One says: “This is not what we signed up for.”