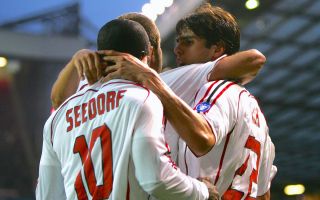 The headline tie of the Europa League Round of 16 was certainly two European heavyweights meeting again in Milan and Manchester United.

The signs are actually good for the Rossoneri. In fact, Manchester United have been eliminated from four of their five UEFA European knockout ties against Milan. No side has eliminated the Red Devils more often, with Real Madrid also having done it four times.

The first time United knocked Milan out came in the most recent tie as they overturned a 3-2 first leg deficit to win 4-0 at Old Trafford. The time before that, Milan prevailed 5-2 on aggregate in the semi-finals of the Champions League after ‘La Partita Perfetta’ (the perfect game) in the second leg at San Siro.