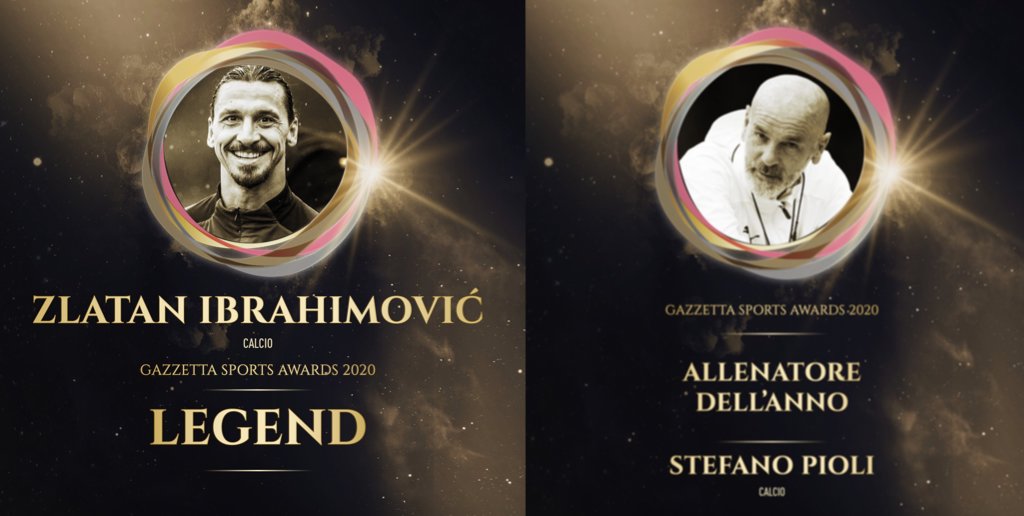 AC Milan head coach Stefano Pioli and striker Zlatan Ibrahimovic were both given accolades at the 2020 Gazzetta Sports Awards.

Earlier tonight, it was announced that Milan midfielder Sandro Tonali has won the coveted Golden Boy award for the Best Italian Player U21.

Now, it has been announced that Pioli and Ibrahimovic have both been recognised for their work as the former has been awarded Coach of the Year for 2020, while the latter has been given the Legend award.

Milan are top of the Serie A table by three points after 11 games and they remain unbeaten, having racked up eight wins in that period, which has some fans dreaming that this team could do the unthinkable.

It is all the recognition they deserve too, as there was an obvious transformation in fortunes when Pioli arrived, and then when Ibrahimovic joined he catapulted the team further. At the age of 39 he is currently the top scorer in Serie A with 10 goals from six appearances.

🥇 #ACMilan boss Stefano Pioli is the winner of Gazzetta Sports Awards' Coach of the Year for 2020!