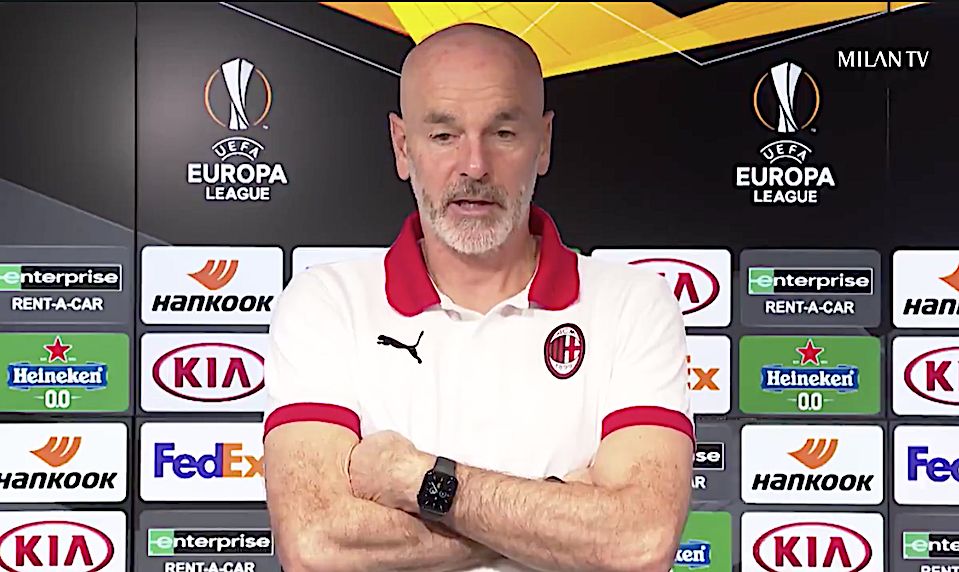 AC Milan head coach Stefano Pioli claimed that eating well, resting and concentrating at the right times has never been so important for his players.

The Rossoneri are on a remarkable run of form which has seen them lose just once in all competitions this season. They currently sit top of the league by five points and have qualified for the Europa League knockout stages with a game to spare.

Pioli spoke to Milan TV on the eve of the match against Sparta Prague, with his comments relayed by MilanNews.

“We have to expect a very determined opponent, because they were eliminated from the Europa League and lost a derby against an opponent who is ahead of them in the standings,” he said.

“So I expect a team that wants to do well, which is a good team, as evidenced by the fact that they were winning in Lille with 10 minutes to go. We have a difficult game ahead of us, we have prepared well and are ready to play a good game.

“I have very professional players available, with the right desire to be together and who know that without sacrifice nothing important can be achieved. We want to get the most out of this season. We don’t know yet what might be, but we need this attitude.

“Clearly the positive results help to recover well and to lighten the head and consequently also to recover from fatigue. Much credit must be given above all to the professionalism of the players.

“Never before is it important to rest after the matches, eat well, concentrate for the next match. These results and these performances mean that we have an attentive, very willing and professional group.

“I think Ranieri gave the best compliment, when he said that Milan do not seem like they play every three days. That goes to the team and the work of my staff.

“We have to insist, because we are going through a very tiring period. After tomorrow’s game we have four important league games in just ten days. We want to have a Merry Christmas, so there is still a lot to do.”