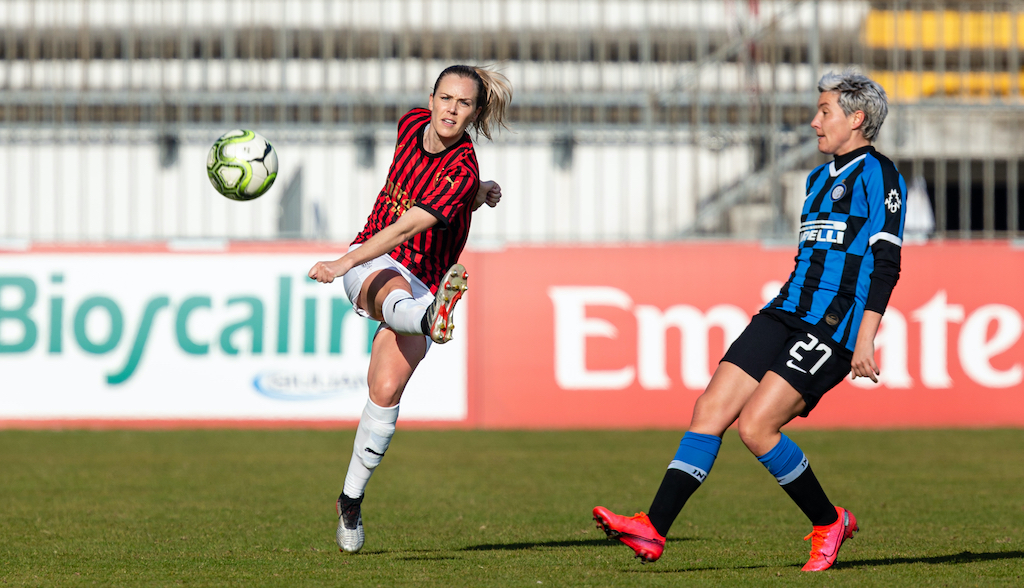 AC Milan’s Stine Hovland has officially left AC Milan. Her departure was confirmed on a post she made on Instagram.

The player’s annual contract is up, and she decided not to renew it. The reasons why she decided to leave are not known. It has also come as a surprise, given that she had reportedly reached an economic agreement with the team prior to then. However, it has been speculated that she chose not to sign a renewal due to concerns over playing time, as Milan is said to be reinforcing the squad with a few, strong defenders.

The fear of less playing time and even losing a starting spot may have been what prompted her to leave.

Since Serie A Femminile is not a professional league, the players’ aren’t bound by professional contracts per se. The ‘contracts’ are more like ‘economic agreements’ that last for only one year. Once their contracts are over, the players are free to leave if they choose to do so.

It is not known where the centre-back will ply her trade next, but her most likely destination will be PSG.

Hovland has played a total of 15 matches for Milan and has scored a total of three goals, including a memorable one in their Coppa Italia clash against Inter Milan. She’s also considered to be a strong and technical defender and was one of Milan’s best players last season.

Stine also gave the world an insight into what life was like in Milan during Italy’s nine-week lockdown. And when she rejoiced after the lockdown had been lifted, the world rejoiced alongside her.

Hovland is one of ten players who have left the squad this summer. The other players who have left Milan are Pamela Begič, Francesca Zanzi, Sandra Žigić, Marta Carissimi, Nora Heroum, Mónica Mendes, Raffaella Manieri, and Lady Andrade. Midfielder Mia Bellucci is also said to be leaving the squad, and her move will be confirmed within the upcoming days.

Before anyone starts panicking, keep in mind that mass exoduses are the norm for the teams in Serie A Femminile. Fiorentina, Milan’s main competition for the Champions League, have also lost a few players, including their former captain, Alia Guagni. Guagni is Atlético Madrid’s newest signing and will be playing in Spain for the next three years.

The mass exoduses are, once again, a consequence of the lack of professional contracts and professionalism for the league. Despite these limitations, Milan do have a plan to replace the players who have left.

The team’s newest signings will be revealed within the upcoming days. The new crop of players will not only replace the outgoing ones but will also make the team more competitive. After narrowly missing out on the Champions League last season, the Rossonere will want to avoid making the same mistake again, and they’ll do so by bringing in players that will improve the squad and allow them to be more competitive.

Still, it hurts to see a player like Stine go. In her short tenure at Milan, she’s managed to win over the hearts and minds of the Milanisti, and become a fan-favourite as well.

Thanks for all that you’ve done, Stine, and Godspeed.