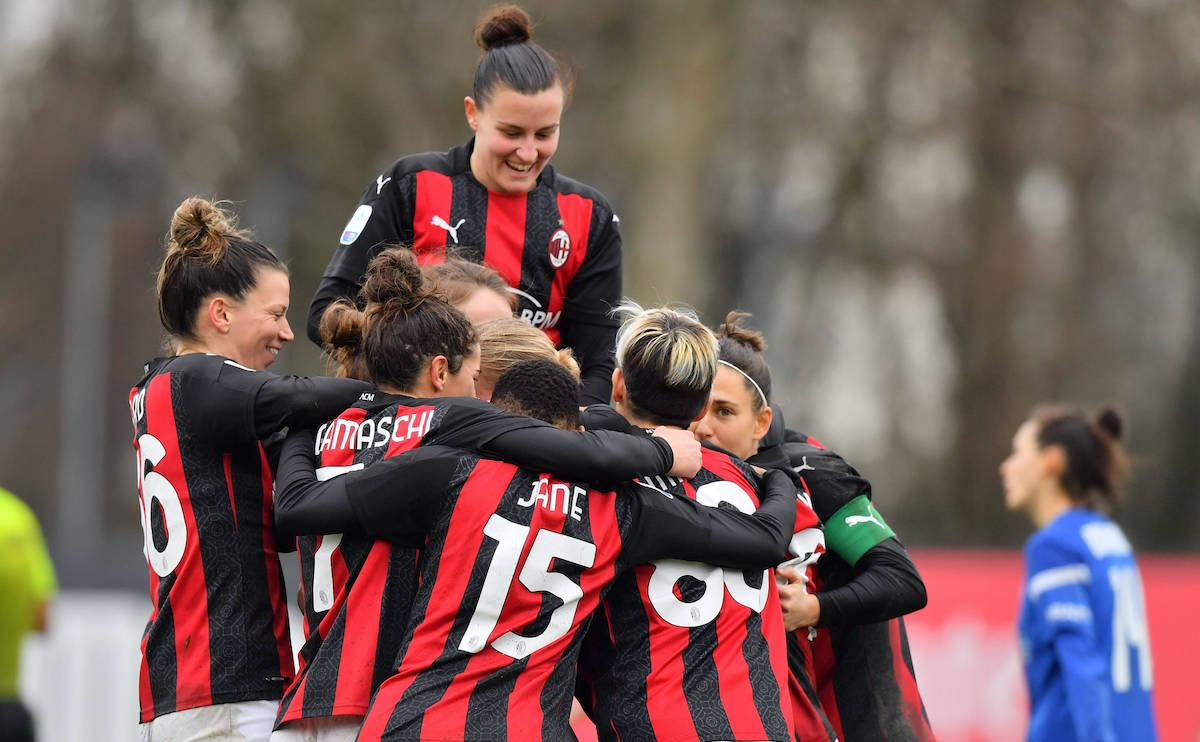 Surgery for midfielder, formation change and a big win: Latest news on the AC Milan Women

This was surgery done to repair an injury that she sustained earlier in the season, and the apparent cause of it was celebrating her goal against Florentia by high-fiving teammate Caroline Rask.

However, it should be noted that Longo had a long standing injury that had been there long before that ill fated celebration. The injury might have been worsened through those actions.

Longo is currently recuperating from the surgery for that injury. There is no ETA as to how long the recovery time will last, but hopefully we’ll see her on the pitch again soon.

AC Milan won a crucial match against San Marino on Sunday. The team secured victory by a score of 4-1, thanks to goals by Giorgia Spinelli, Natasha Dowie (2) and Sara Tamborini.

Milan initially started off the match rather sluggish. However, after they switched from a 3-5-2 to a 4-3-1-2 formation, they came to life. This may make one pause for thought, as they perhaps should consider fielding the same formation again in the future.

The Rossonere’s next match will Sassuolo in the Coppa Italia Femminile. The match will take place on February 12th, 2020. It will be the home leg, and it’ll be played at the Vismara at 14:30 CET.

Milan ended the match in a 1-1 tie, in what was a rather lacklustre performance. The hope is that they can build on the momentum of their last victory and secure victory for this tie. They’ll also need all of that momentum, as the winners of this match will play in the semifinal of the Coppa Italia.

After that, Milan’s next league match won’t be until February 28th. They’ll take on Pink Bari then.

The last time Milan played Pink Bari, they defeated them by a score of 3-1.

The Milan Women have won all but one game in the league this season, and have scored an impressive 29 goals. They also have the strongest defenCes in Europe, as they’ve only let in seven goals during this current campaign.

To date, the Rossonere have never lost to the Apulian side, and they’ll be looking to maintain that record against them next Sunday.