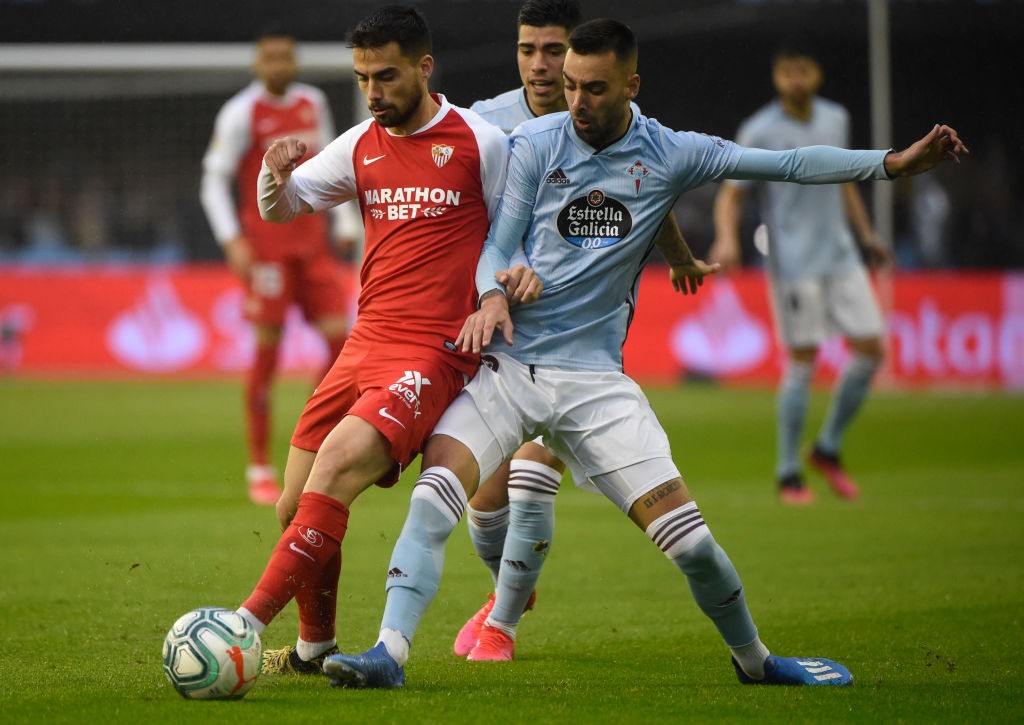 Winger Suso has revealed that he wants to remain at Sevilla beyond his loan spell having joined from AC Milan late in January.

Despite having been Milan’s main creative player over the previous three seasons, the Spaniard lost his place in the starting XI with Stefano Pioli’s switch to a 4-4-2 formation, with compatriot Samu Castillejo preferred on the right.

The wheels got in motion in January and eventually Suso secured an exit towards the end of the window, leaving for Sevilla on loan with an option to buy.

Towards the end of his time at Milan things had turned sour. During a 3-0 Coppa Italia win over SPAL, Suso came on as a substitute and was whistled and jeered by some of the San Siro crowd.

Suso spoke to Diario de Sevill about his intentions, present and future, and his words were transcribed by Calciomercato.com.

“I signed for a year and a half, but I came here to stay at Sevilla after the expiry of the agreement,” he said.

“Obviously it depends on many things, from the two clubs, but I think it is the least of the problems. At Milan it has been five difficult years for those outside to understand, there have been changes of ownership, of coaches.

“I’ve always done my part, coaches have changed but I’ve always been an important player. I arrived in Sevilla with a great desire to do well, to improve. I spoke a couple of times with Monchi, when Milan played two games without me at the beginning of the year and I knew it was time to go.”

On Stefano Pioli, he added: “I had no problems with him, we always talked in a way clear. I wish Milan, the coach and my and my companions the best. I saw the derby, they played well, they were ahead 2-0 but in the end they lost 4-2.

“Gasperini is the coach who has helped me the most, who has given me the most. I worked with him at Genoa, I like the way he teaches football. What he is doing with Atalanta is there for all to see. When I arrived at Genoa it wasn’t a happy moment in my career, but he changed me.”

On Monchi: ” He tried for me several times, but there were never the right conditions. In January I chose Sevilla to help the team. I will give my best. Sevilla have not yet seen the real Suso.”