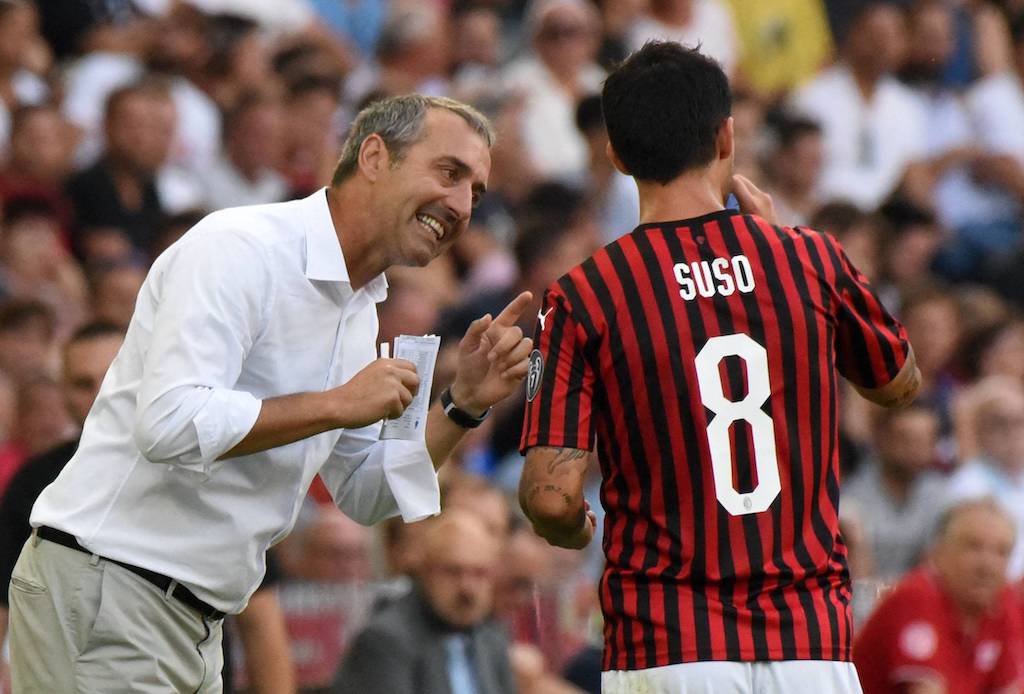 Suso has revealed why things did not go well for Marco Giampaolo during his brief stint as head coach of AC Milan earlier this season.

Speaking to Sky Italia, Suso discussed his love for the club and how close he was to joining rivals Inter, and he also reserved a word for his former boss Giampaolo.

“I always try to learn something, Giampaolo, from the point of view of theory, saw me as a 10,” he said (via MilanNews).

“The problem is that we played all summer in one way, then against Cesena [in a friendly] it did not go well, as it didn’t at Udinese, and we changed form. When you start to change like this it is never positive.”

Interestingly, Giampaolo’s brother believes that Milan are to blame for his failure as they did not build him a suitable team.