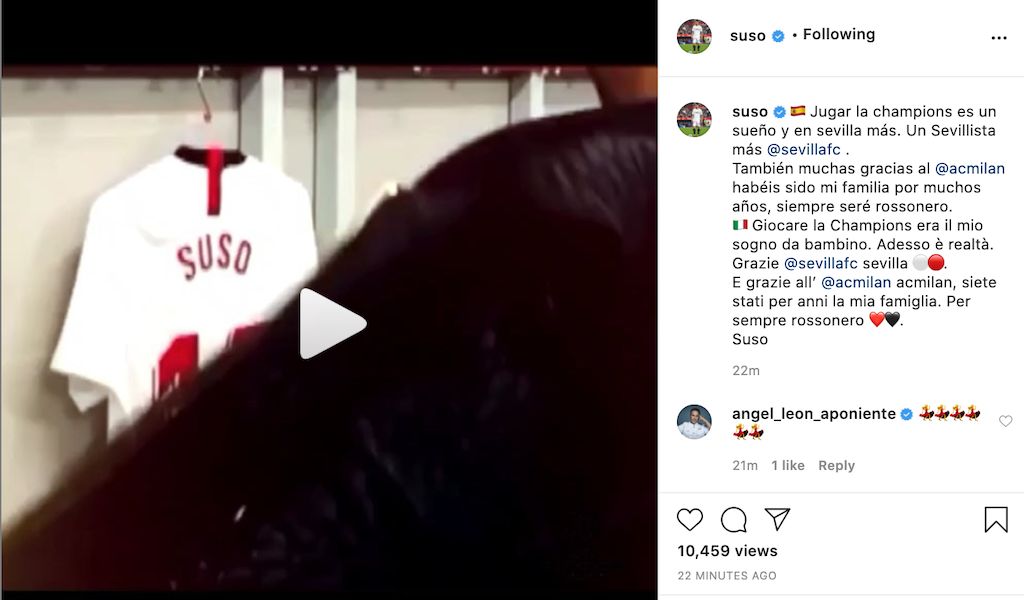 Suso says goodbye to Milan with Instagram message: “You have been my family for years” – video

Suso has sent a brief goodbye message to AC Milan after his permanent exit after over half a decade at the club was confirmed.

The Andalusian club recently secured their qualification for next year’s Champions League, and also confirmed the permanent signing of Milan winger Suso on a five-year contract via their official website.

It officially brings to an end a spell at Milan spanning over half a decade during which he appeared in more than 150 matches, amassing 26 goals and 43 assists.

Suso said goodbye to the Rossoneri through Instagram, posting a video with the following message: “Playing the Champions League was my childhood dream. Now it’s reality. Thanks Sevilla! And thanks to Milan, you have been my family for years. Forever AC Milan.”