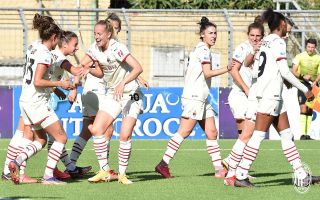 It was a first half header that sealed the win for Maurizio Ganz’s side and considering that the Rossonere had a number of selection problems to deal with it was certainly a welcome victory, with summer signing Nina Stapelfeld getting the winner. Here’s a breakdown of how they won the match….

Milan went into this match without their star players, Vero Boquete, Valentina Giacinti, and Refiloe Jane. The team was up against it from the beginning and had to band together to rise to the occasion.

And the main way they did so, was to defend as a unit. Everyone would do their part and trackback and defend. The team’s 3-5-2 formation became a 5-3-2 while defending. 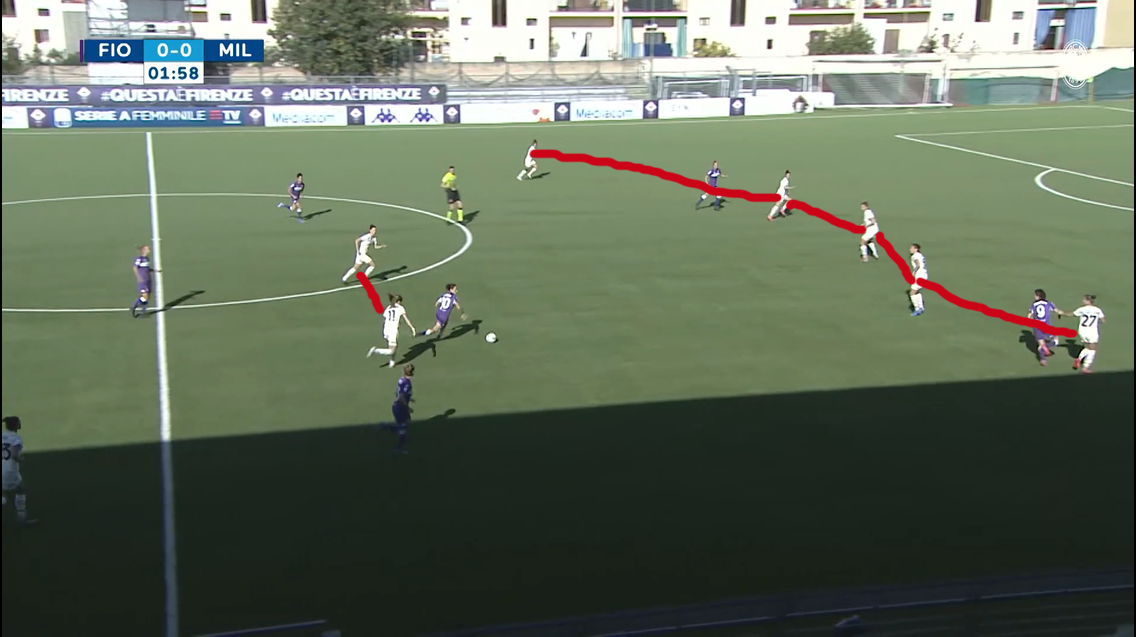 Milan maintained a narrow, compact shape, as they cut off the passing lanes, and used a high press to win the ball back. And though they all defended as a unit, some stood out more than others.

Laia Codina was named to the FIGC’s team of the week, and deservedly so. The young defender had a masterful performance during this game. Though she initially struggled to keep up with Daniela Sabatino’s pace, she quickly made amends for this.

The highlight of the match was when Codina made two crucial interventions within seconds of the other. The first was when she won a challenge against Cafferata, the second was when she made a last-ditch save to prevent Sabatino from scoring. The latter was to make up for her wayward pass.

During the match, Codina made 10 recoveries, 2 blocks, and won 9 defensive duels. If there was truly one standout performer from the match, it was her.

As a result, Fiorentina had a hard time building up their attack. This is also the main reason why Milan outshot their opponents and reached their penalty area more often, despite having less of the ball.

Fiorentina’s press, on the other hand, was less effective. The Rossonere were able to quickly bypass it through clever passing or by long balls over the top. Oftentimes, Milan ran towards the opposition’s goal without being directly challenged or dispossessed off the ball.

Nina Stapelfeldt’s goal was emblematic of Fiorentina’s ineffective press. The sequence started with Linda Tucceri Cimini lobbing a long ball to Miriam Longo. Longo then won a corner kick. Fiorentina failed to mark Stapelfeldt properly and the Swiss forward was able to head the ball home.

The victory was a hard-fought one, and the joy on the players’ faces reflects the relief they felt after winning it.

Milan were also able to reach La Viola’s penalty box eighteen times, compared to the Viola’s three attempts. The Rossonere’s defense did a good job of shutting their opponents down and keeping them at bay. 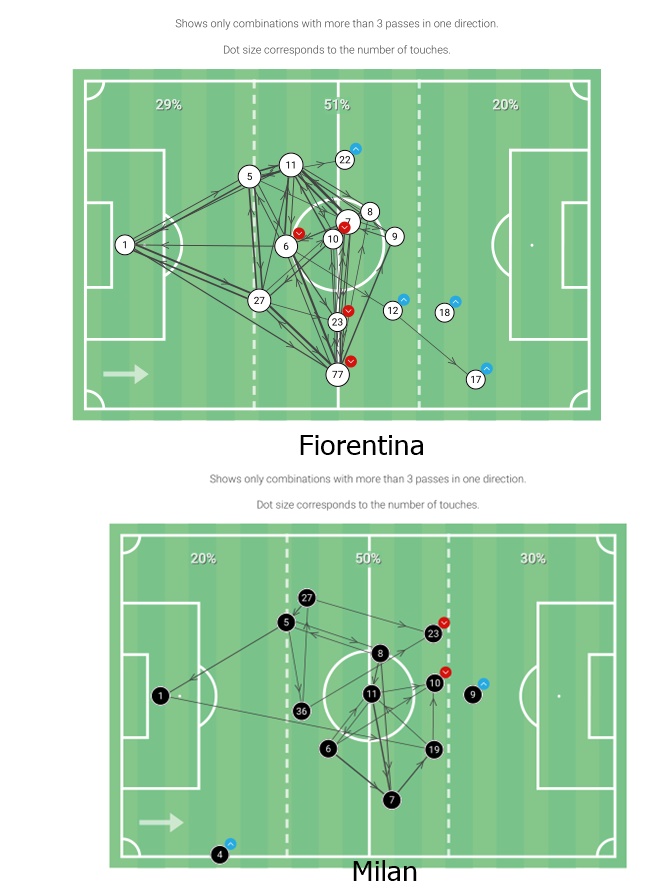 This allowed them to get the ball up the field faster and helped them maintain control over the game.

AC Milan will play Empoli at 13:30 PM CET on Sunday. They will also meet a familiar face, as former Milan player, Deborah Salvatori Rinaldi, will be suiting up against them. A lead-up to the game will be posted before the match.