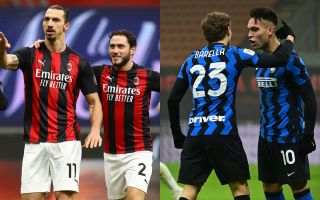 Milan failed to take advantage of Juve’s loss to Napoli last night, comfortably beaten by Spezia away from home. Therefore, they will have to rely on Lazio to keep first place, with the Biancocelesti taking on Inter.

Either way, it’s a missed opportunity for the Rossoneri and they have a lot to worm on ahead of the mid-week clash against Red Star Belgrade. A reaction in that game is needed to gain some confidence ahead of the derby at the weekend.

Given just how tight it is in the standings, it’s Derby Della Madonnina that will be more important than ever. In addition to what a win would do points-wise, the momentum gained from a derby win is indeed invaluable.

Taking a look at Milan and Inter’s next six games, the schedules are pretty evenly matched. You could argue that the Nerazzurri have a slightly easier schedule but either way, the derby will be crucial.

READ MORE: Midfielder will return to Milan for next season – Pioli ready to bet on him