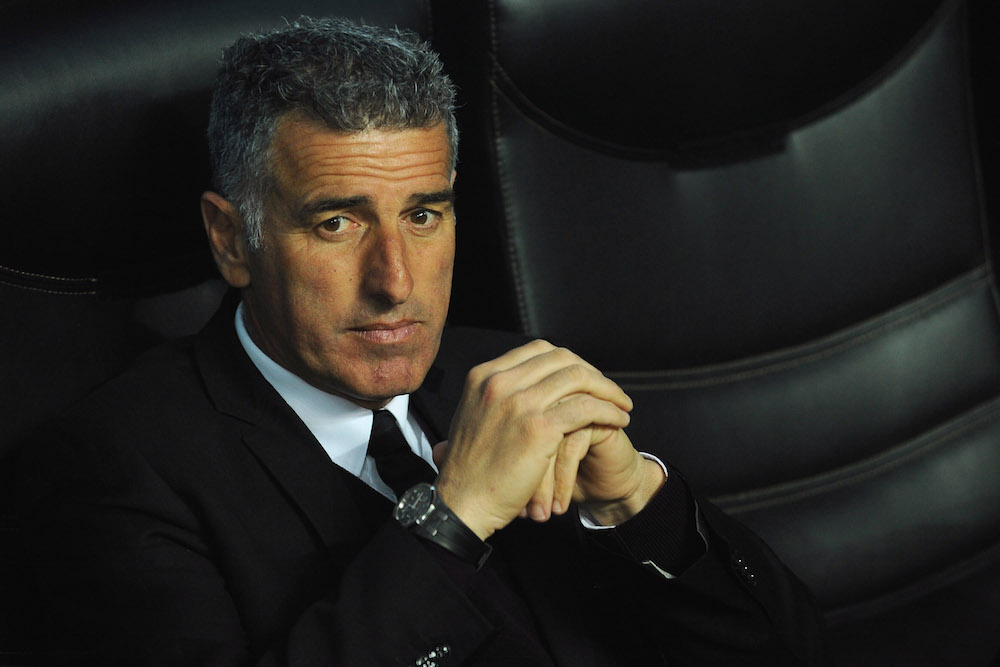 Nowadays, the Italian works with Andriy Shevchenko for the Ukraine national team as his assistant, and he spoke to La Gazzetta dello Sport about the current state of Milan – starting with an assessment on Calabria.

“I don’t understand why we should give up on a player like Calabria who comes from the youth sector. Sure, it would ensure a valuable capital gain. Of course, he didn’t have a good season. But I would give him another chance,” he said.

Discussing potential signings, he added: “Dumfries is a prospect, but like I said, I wouldn’t take the chance away from Calabria. Also Conti struggled with injuries, so selling him now wouldn’t make sense even considering the club’s budget situation, his price could go up.”

Tassotti went on to discuss Zlatan Ibrahimovic’s impact on the current squad, insisting he should be kept.

“A renewal? Logically, yes. He’s strong, very strong and he’s worth an economic sacrifice. Age is what it is but I think it’s possible to find an agreement to carry on together.

“There’s the technical aspect, which is indisputable, and there is the rest. Rafael Leao, for instance, developed with him. And then if he doesn’t stay then another solution would have to be sought. It wouldn’t be easy.”

On whether Milan are waiting too long for his signature, Tassotti continued: “I don’t think so, I guess the directors of have thought of other ways, but replacing Ibrahimovic is quite complicated.

“It’s also difficult to manage him, he wants to play always and in every case. But he’s an intelligent man. He understands what he can do and Pioli has been good at finding an understanding. He’s made him perform at his best.

“The market? I don’t see much movement in the other clubs either. This season was strange, the consequences of it will be strange as well.”

The former Italy international was asked whether Milan are that far off competing for a title.

“Yes, because Juventus and Inter are certainly traveling on other tracks for the moment. But it doesn’t seem to be that the other clubs have done so much to get closer and I believe that with some adjustments Milan can compete with anyone.

“I don’t think they have much to envy Lazio and Roma. They just need a bit more time because many players are young and need experience. The quality is there.

“You don’t get that many points at the end of the campaign, no matter how strange it was in Italy after the lockdown, just by chance. The base is there. Milan must maintain consistency in their performances, then there’ll be integrations.

“Signings? Two to three acquisitions are enough. Milan aren’t a technically poor team and with the successes of these months they’ve gained confidence. Trust is important to achieve great objectives.

“It all depends on Ibrahimović. If he doesn’t stay then everything we have to be rethought.

“These owners [Elliott] have spent, they have found many heavy contracts in their hands, and they had to pull out important players like Higuain and Bonucci. The moment is what it is. I don’t condemn Elliott. However, Milan must return to the top and I repeat that in my opinion it’s not too late to get there.”

Tassotti was also questioned about former team-mate and current Rossoneri technical director Paolo Maldini and whether he should stay out of principle.

“No matter what. For his skills, for what he does, for his history and for the value his name has in the world. Paolo is Milan. They say he made a mistake in some choices, you don’t crucify a director for that. We must also give time to make mistakes.

“Next season? It must start from the confirmation of fundamental players. Not only Ibrahimovic, but also Hernandez, Bennacer, Rebic, obviously Donnarumma and Romagnoli.

“Milan have a base. If you can keep it, you won’t need much more. It will take some time but the fans have already shown their patience. If you feel the desire to return to certain levels, you can beat the wait.”